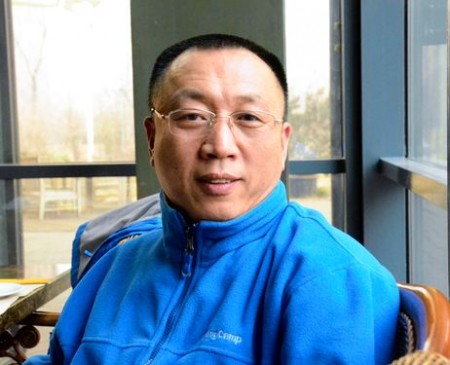 Chongqing authorities plan to punish law enforcers linked to the use of torture to extract confessions during a sweeping triad crackdown initiated by former municipal Communist Party secretary Bo Xilai , according to former lawyer Li Zhuang .

“Relevant departments have urged Chongqing police officers who were involved in the extortion of evidence to report as soon as possible to the party what they did during the triad crackdown,” said Li, who was once jailed while representing a man later convicted of being a crime boss in the municipality.

He was speaking during an informal legal group discussion on Saturday night in Xian , the capital of Shaanxi province.

“In my opinion, it is no different from calling on those police officers to turn themselves in, though they do not put it that way,” he said.

Li was jailed and stripped of his licence to practise law after being convicted in February 2010 of fabricating evidence while representing “triad boss” Gong Gangmo in Chongqing. Li was released in June last year.

Li said dozens of law enforcers, including from the police, prosecution department and courts, had been detained in a new round of investigations.

“The authorities in Chongqing will in May and July continue rounding up the supervisors of those police officers who have already been put under investigation,” he added, referring to what he suspected would be two rounds of detentions in those months.

More than 100 lawyers, legal scholars, entrepreneurs and journalists from across the country attended the informal meeting in Xian late on Saturday night. A 1-1/2-day forum – the second public conference to be addressed by Li after his release from jail – had been under way on Saturday, but was cancelled around noon that day under pressure from authorities and replaced with the much shorter informal meeting that night.

The forum had been organised by the Lawyer College of Beijing-based Renmin University, a law firm and the publisher of Democracy and Legal System, a magazine affiliated with semi-official China Law Society.

But instead, the participants held the informal discussion and voiced their concerns about the current judicial environment. Prominent legal practitioners Professor He Weifang , Chen Youxi , Professor Tong Zhiwei , Si Weijiang and Zhou Ze were among the attendees and speakers at the four-hour discussion.

During the informal meeting, lawyer Zhu Mingyong gave an account of his ordeal. He spent months as a fugitive after he posted a video online in July 2010 showing the fresh wounds on his client, Fan Qihan , who was later executed after being convicted as a triad boss.

It was the first time Zhu had spoken publicly since posting the controversial video – which was meant to be shown as evidence that torture was used on alleged triad members detained during the massive crackdown that began in June 2009.

Zhu said several task forces were set up after the video went public and he was hunted down by Chongqing police.

But Zhu said he recently received a message from Chongqing police via a middleman asking for his understanding.

“The Public Security Bureau in Chongqing earlier asked the husband of one of my friends to pass a message on to me that they did not mean to target and harass me then,” said Zhu, adding that “they said they were assigned to do so”.