Chen Guangcheng will go back to China 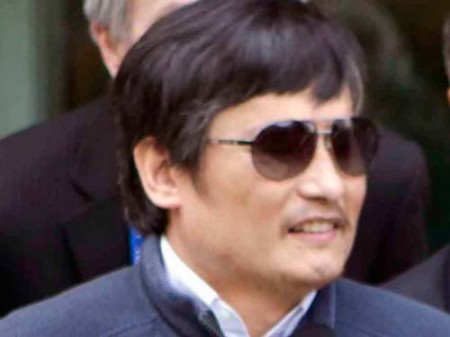 Commercial Radio Hong Kong says, according to Prof Jerome Cohen, Chen will finally return to China while SCMP reports that Chen “says he hopes to return to China after studying law and taking time to recover from years-long detention ordeal”.

In Commercial Radio’s story, Chen lives in the dormitory for postgraduates in New York University. The radio station’s reporter waited outside the dormitory from early morning and saw Chen’s wife push Chen in a wheel chair out into the garden. Along with their two children, they enjoyed sunshine for about 30 minutes. The children were seen playing with other children.

Prof Jerome Cohen of the university’s law school said that Chen was in good health after one day’s rest and had not talked about his personal affairs for the time being. Prof Cohen believes that Chen will finally go back to China, as leaving China was not his first choice. He moreover points out Chen changed his mind in Chaoyang Hospital and hoped to leave China because of his supporter Teng Biao’s persuasion, and the beating his wife had suffered made him believe that it was dangerous to remain in China.

Prof. Cohen says that Chen is very clever and will study the differences between the Chinese and American legal systems at New York University for one year. The lessons will mainly be given in Chinese. He discloses that he has received lots of offer of financial assistance, and also lots of requests for interviews. He says he will handle them carefully.

In RTHK’s report, Chen expresses gratitude to US embassy in China for its help and hopes that the public will supervise the Chinese government in honouring its promise. Chen also says, “as long as one persists, there is nothing too difficult.”

SCMP says, “He (Chen) took only one question from reporters, replying ‘yes’ when asked if he would return to China. In prepared remarks he said: ‘Equality and justice have no boundaries.’”

According to SCMP, Chen says that he has received a promise from the Chinese government that it will protect his rights as a citizen for a long time, and that he believes the promise is sincere and will be honoured.