Chen Guangcheng a true hero, and his escape a tremendous victory 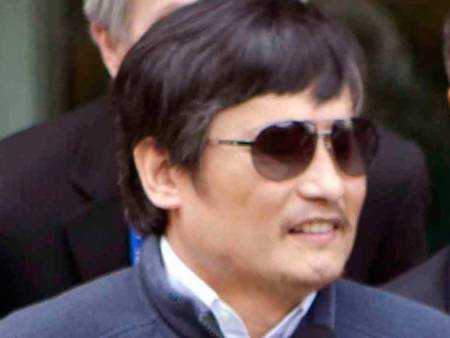 The following is a response from Chan Kai Yee to a report in The Global Times (editor):

A blind man in house arrest, watched by 200 guards day and night, was able to flee to safety in Beijing hundreds of miles away. That is something often described in fictions and movies, but rarely happens in real life.

In is only natural that Chen’s legendary escape attracts tremendous media interest. However, being ashamed of the disclosure by the Chen saga of the ugly side of China’s “incomplete but improving legal system”, in the Global Times report Chen case is nothing but a colorful bubble, the Global Times would like to make readers believe that foreign media make extensive reports on the Chen saga because of their intention to vilify China. Instead, it is really about the sensational nature of the incident: the fascist malpractices of the guards, the miraculous escape, the large number of people who heroically helped Chen and the diplomatic crisis.

If the elite staff in Global Times had really wanted further improvement of China’s “incomplete but improving legal system”, they should have given truthful reports to reflect the details of the fascist persecution. They should have severely denounced the illegal house arrest of Chen Guangcheng so that in the future such malpractices will be reported immediately to those who really want to improve China’s incomplete legal system” and the incomplete legal system will really be improved.

They certainly would not have been so impudent as to try hard to deny that Chen is a hero and his escape was a victory against the fascists who treated China’s rule of law with contempt and conducted Cultural Revolution style persecution against dissidents.

This post provides link to Global Times’ report in order to enable readers see the ugly side of China’s “incomplete but improving” press.