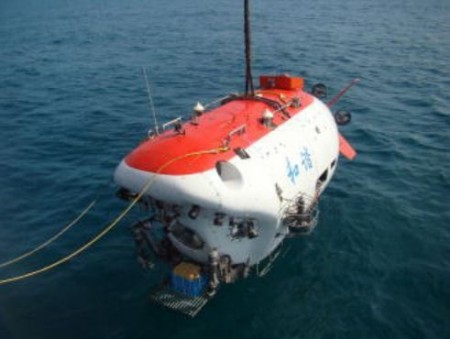 In my post “China’s target, dive down to 11,000 meters”, a description is given on manned deep diving tests by a research institute of the China Shipbuilding Industry Corporation. The tests are obviously mainly for military purpose now due to its importance for deep-sea military operation while there are so far no civil needs for it.

The construction of the Jiaolong manned submersible and the tests certainly cost a lot, but the Chinese government need not pay a penny as the Corporation is a state-owned enterprise.Many state-owned enterprises and research institutes have been doing research and development useful for the military free of charge. Even if the government does fund such research and development in a state-owned or private entity, it is usually not included in China’s budget for military spending. From such facts, you can see that China’s military budget is much smaller than the actual amount spent.

China is obvious in vigorously stepping up its military buildup. It plans to commission its first aircraft carrier one year after it was launched instead of a decade, according to outside estimates. It developed the second prototype of the J-20 fighter, its fifth-generation aircraft, one year after the first test flight of the first prototype.

The most serious problem will be cooperation between China and Russia in weapon development. If there is such cooperation in earnest, the US is poised to lose its military superiority within a decade.