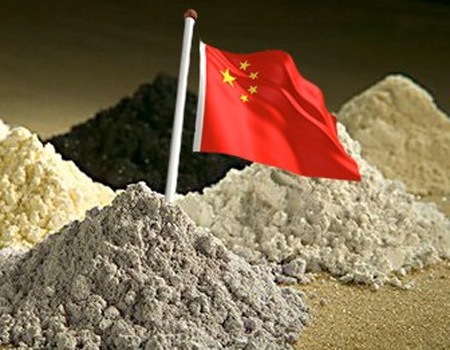 China has already started the purchase – using state funds – and storage of rare earths for strategic reserves, the China Securities Journal said, but did not say exactly when the initiative was launched.

The country produces more than 90pc of the world’s rare earths, which are used in hi-tech equipment ranging from iPods to missiles, and it has set production caps and export quotas on them.

The European Union, the US and Japan claim China is unfairly choking off exports of the commodities to benefit domestic industries.

The newspaper said current low prices for rare earths had prompted the start of strategic buying and the reserves could be used to address future shortfalls of the resources.

China had already announced its intention to build a strategic reserve system, but had not publicly said that it had started stockpiling.

China has previously defended its rare earths policies, saying they aim to protect resources and the environment as part of an effort to promote sustainable development.

A Chinese official said last month the regulation of the rare earths industry was in line with global trade rules.

Gao Yunhu, vice-director of the rare earths office of the Ministry of Industry and Information Technology, said its management of the industry was “in full compliance with WTO rules”.

Chinese market players hope the strategic buying will help stabilise prices, which plunged in the first half of this year after companies sold stocks ahead of planned tax changes, the newspaper said.

“Rare earths prices are now at low levels, so China definitely wants to build strategic reserves at this time,” a Shanghai-based metals analyst, who declined to be named, told AFP.

“The other reason is that China hopes to control rare earth prices within a reasonable range, so as to encourage the long-term, healthy development of downstream industries.”

Government stockpiling could reduce the volume of China’s exports of rare earths, the analyst said.

China has so far granted companies the right to export 21,226 tonnes of rare earths this year. In 2011, the government granted rare earth export quotas of 30,200 tonnes but only 18,600 tonnes were exported.