More changes in North Korea due to China’s influence 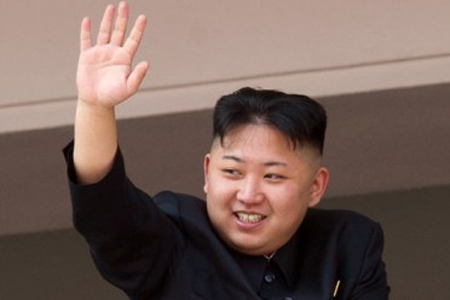 In my post at the beginning of this year, I described the lack of loyalty to the Kim Dynasty reflected in Korea media’s New Year editorials. I pointed out that the Kim Dynasty would collapse if the new leader failed to carry out a reform to feed his people and improve their living standards.

The developments over the past 6 months have proved precisely that.

Hong Kong’s Ming Pao says in its exclusive report entitled “Follow a Populist Line and Seek Reform in the 6 Months after Rising to Power” that six months after Kim Jong Un came to power, the North Korean political situation has been, in the main, stable. There was a drought recently, but according to figures released by the South Korean Central Bank, there was a rare economic growth of 0.8% last year, due to a bumper harvest and the stimulus of a series of construction.

This is despite the fact that North Korean per capita GDP amounts to only US$1,200 and its economy is only 3% of that of South Korea’s. As North Korea does not publish any official data, South Korean official estimate must be regarded as authoritative.

Yang Xiyu, research fellow of China’s International Issue Research Institute, points out: In the 6 months under Kim Jong Un’s rule, Kim roughly carried out a smooth takeover of power. Though he sticks to North Korea’s political line of giving priority to the military, and adopts an even more hard-line attitude toward South Korean government, his personal style differs greatly from his father Kim Jong Il.

He has put an end to the previous mythical way and displayed a true North Korea to the world. Domestically, he has made high-profile display of his populism. In addition to giving personal replies to letters from the people, he twice gave public speeches, which were rare in North Korea. Time and again he joined the grass roots in their lives, making inspection tours to butcher’s shops, kindergartens and theme parks.

Recently, North Korean media say that Kim Jong Un has given instruction to establish an “Economic Reform Group” to regard agriculture as the priority in his reform. He gives consideration to adopting China’s previous household responsibility pattern in agriculture.

I said that if North Korea learns from China to become rich with Chinese aids, China will set a North Korean model to be copied by other Asian and African countries. China’s closer economic relations and cooperation with a large number of Asian countries will result in the de-facto establishment of a greater Asia co-prosperity sphere centred on China.

Some people are afraid that China will be a military threat when it becomes even stronger.  However, China can obtain what it needs by peaceful means. Why should it resort to war? China will remain peace-loving if its leaders remain wise enough to see that. However if a bellicose Chinese leader like Mao emerges and wants to impose Chinese ways on other nations, not only China but the world will be in trouble.

While China is expanding abroad, the US president wants to bring jobs back to America. American businessmen are wise. They know they have to exploit cheap labour abroad to make money. The wealth they have created abroad no doubt belongs to the US.

General Motors, McDonald’s, Coca-Cola, Pepsi, P & G and others are now make big money in China. When Chinese labour has become too expensive, they will go to other countries to exploit the cheaper labour there. Instead, their stupid politicians want them to use America’s expensive labour.

The politicians claim that technological progress makes it viable to use expensive American labour. However, improvement in education and training in other countries make it also viable to use much cheaper labour there. Businessmen have to make decisions out of economic instead of political consideration. Do US politicians lack such common sense? Or is it merely a trick to win votes in the presidential election?

Some may say it is impossible for the US to enter North Korea due to its enmity to the US. In fact, it is the US who is dogmatic and stubborn. Nixon is praised for the breakthrough in Sino-US relations. In fact Nixon was passive. It was Mao who took the initiative. Mao tried to pass his message of detente through Snow and Romanian president Nicolae Ceauşescu, but Nixon took no action until Mao’s ping-pong diplomacy.

Now, Kim Jong Un is reducing his enmity against the US. Ming Pao reports today that in the debut of an ensemble organized by Kim Jong Un, lots of well-known Disney characters appeared on the stage against the background of a huge screen showing clips of Disney cartoons. Due to the enmity of Kim Jong Un’s predecessors against the US, such characters were previously banned in North Korea.

North Korean labour is very cheap, and it is so thirsty for foreign investment that it even offers a beautiful bride for investment of US$60,000. Will the US take the opportunity to play its role in North Korea? I don’t know. Cuba is also carrying out a reform, but the US does not seem to have a desire to play a role there. Recently, the Cuban leader has to go a long way to China to seek aids. Cuba is so close to the US and Latin America is in the US backyard. Yet the US ignores it, let alone North Korea. It is so far away. Let China take it.

Economically, China is advancing while the US is retreating. Militarily, the US is returning to Asia. Can military superiority be maintained without economic superiority?