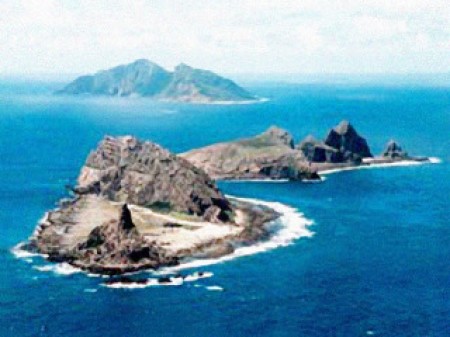 Japan invaded China in 1894-95 and 1931-45 and brought humiliation and disasters to China. Those were events long ago and have nothing to do with current Japanese people and their government. However, hatred remains among quite a few Chinese people.

That was why, for a time, a naval war between China and Japan at the 120th anniversary of Sino-Japanese naval battle, to revenge China’s naval defeat, became a hot topic (see my post “War with the Philippines or Japan?” dated July 18).

There is also surge of nationalism among Japanese people due to recent tension with Russia, South Korea and China concerning certain islands. To appease public indignation, Prime Minister Yoshihiko Noda announced that Japan might use its navy in its dispute with China.

To fight, or not fight, that is the question now for Chinese leaders. Unwilling to fight a naval war with no prospects of victory, and pursuing the course of peaceful rise, Chinese leaders decided not to fight. According to Hong Kong’s Ming Pao, they disallowed Diaoyu activists’ boat to leave Ningbo to claim sovereignty at the islands in July. Due to their direction, the Hong Kong authority also did so.

That will certainly make them unpopular; therefore, this time Hong Kong allowed activists’ boat to go to the islands to show Chinese people’s indignation. However, to avoid intensification of the tension, Chinese leaders have not sent any ship to escort the boat or given any assistance to the activists in their action to claim China’s sovereignty over the islands.

The arrest of the activists by Japanese coast guards provided Chinese leaders the golden opportunity to give a show of its hard-line attitude. Their state media issued stark warnings alleging that China was prepared to take action to defend its sovereignty over the disputed islands, and China’s diplomat lodged a “serious protest”.

Unwilling to fight a war, the Japanese government also acted with restraint. It not only released the activists and their boat promptly, but even provided the boat with fuel and food.

No wonder China’s official mouthpiece Xinhua publishe a comdmentary, pointing out that Japan is wise in releasing Chinese Diaoyu Islands activists. It stresses that Japan should think twice before taking any action concerning the Diaoyu Islands, and put an end to the farce of purchasing the islands as soon as possible.

The commentary holds that the Japanese government’s prompt release of island activists was a wise measure to avoid deterioration of Sino-Japanese relations. However, the Japanese government’s further action will be critical in preventing escalation of the tension at the Diaoyu Islands that may affect the overall situation of Sino-Japanese relations.

By prompt release of activists, the Japanese government also showed that it had no desire to fight a war but had to appease public anger.

I am certainly pleased that both sides acted with restraint. If China revenges its defeat long ago and then Japan revenges again, it will be a repetition of the long-term conflicts between France and Germany that gave rise to World War II in Europe.

Now, generations of French and German leaders have had the wisdom to bury the hatchet and set up the EU to try to ensure eternal peace in Europe. Why should China and Japan not follow their example, and establish a prosperous Asian Union?

Click here for all stories about Senkaku Islands (Diaoyu Islands)