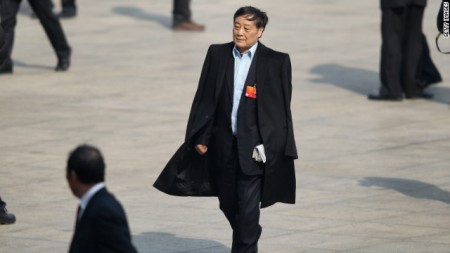 Many of China‘s richest people have grown poorer over the past year and the number of its US dollar billionaires has fallen for the first time in seven years, according to the Hurun Rich List, which tracks Chinese wealth.

In its annual report on China’s super-wealthy, released on Monday, Hurun said China had 251 people worth $1bn or more, down 20 from last year but still sharply up from 2006, when there were just 15. And for the first time since Hurun began publishing the list in 1999, property lost pride of place as the sector that generates the most wealth.

Nearly half of the 1,000 richest people in China saw their wealth shrink in the past year, 37 of them by more than 50 per cent. The average wealth of the top 1,000 also fell 9 per cent to $860m, at a time when growth in the Chinese economy has also decelerated, the property market has declined and the stock market has fallen sharply. Chinese GDP growth hit a three-year low of 7.6 per cent year on year in the second quarter of this year.

Heading this year’s list with a fortune of $12.6bn was Zong Qinghou, of beverage company Wahaha, who reclaimed the top spot he lost last year to Liang Wengen, co-founder of machinery company Sany. Mr Liang fell to fifth place this year.

In second place is Wang Jianlin, with wealth of $10.3bn, founder and chairman of property developer and cinema operator Dalian Wanda Group, which recently bought AMC Entertainment in one of the biggest recent overseas acquisitions by a Chinese company.

Rupert Hoogewerf, Hurun report chairman and chief researcher, said that despite the “bloodletting” this year, “it is worth remembering that these entrepreneurs are still up 40 per cent on two years ago and almost 10 times 10 years ago”. And though the cut-off to make the list fell 9 per cent to $290m, that was three times the cut-off of five years ago, he said.

Despite signs that the slowdown in the Chinese economy is hitting manufacturing output, manufacturing took over as the sector that generates the most Chinese wealthy, with over with 20.7 per cent of those on the list.

Seven of those on the list are not just rich but politically powerful as well: they have been named as delegates to the 18th Party Congress, expected to take place sometime next month, including Mr Liang.