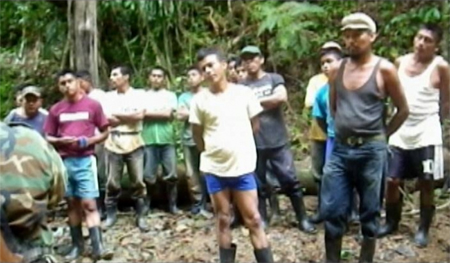 China says Ghana has detained more than 90 Chinese citizens on suspicion of illegal gold mining and that one has died.

The Foreign Ministry said Sunday it has expressed serious concern to Ghana over the death and detentions.

It said it understands Ghana will deal with the matter according to the law and protect the safety and rights of Chinese citizens.

The ministry gave few details in an online statement.

It said Ghanaian authorities have cracked down on illegal gold mining this year and arrested the Chinese “recently.”

Last month, the Chinese Embassy in Ghana announced that 40 Chinese had been detained on suspicion of illegal gold mining.

China is eager to be seen as capable of maintaining the security and rights of its citizens abroad.

Like Loading...
‹ China completes its pension system 8 years ahead of schedule
October 16 1934 “The Long March” begins in China’s southwest ›