The mystery of the core of the CCP Dynasty 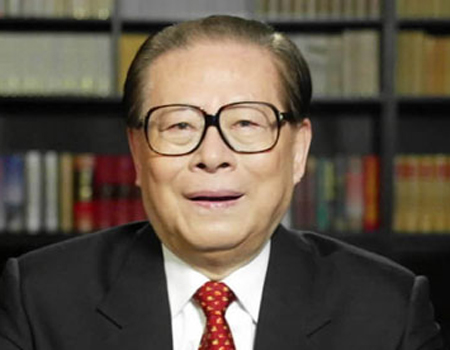 The CCP Dynasty is already unique but the power of a fully retired core is even more unique. How can a man without any powerful post have dominant power in such a vast country as China? It certainly seems a mystery.

After two thousand years of absolute monarchy, everybody envied or even coveted the power and wealth of a sovereign of state; therefore, by the time of the Warring States (475–221 BCE), the power of quite a few sovereigns of state had been usurped by powerful courtiers or generals.

Even common people might have such usurping ambition. According to Sima Qian’s authoritative Records of the Grand Historian, when Qin Shihuang (259 BCE-210 BCE) traveled around the country after unifying China, Liu Bang, the founding emperor of the Han Dynasty (202 BCE-220) was but an official of the lowest rank then, and Xiang Yu, a talented general who fought for the throne against Liu Bang later, but was nobody then.

However, when they saw the grand imperial procession of Qin Shihuang, they both wanted to replace the emperor. Xiang frankly said, “He can be replaced by me.” Knowing well the danger in saying that, Liu said, “A true man ought to be like that.”

Han Fei, a Legalist master at the end of Warring States, had insight that neither the title of sovereign nor his noble blood linage can keep a sovereign in power. A sovereign must learn the skill to maintain his power.

He wrote a book entitled Han Fei-tzu to teach sovereigns of state the art for being an emperor. He taught sovereigns to use law to govern the people and awe, power, tricks and intrigues to control the officials. Emperor Qin Shihuang praised the book highly and adopted Han Fei-tzu’s ways in ruling his empire.

Han Fei gives the advice in his book that in order to control officials by awe, a sovereign must keep a distance from everyone including his family members, relatives and officials and trust no one. That is certainly not a good way and a sovereign will thus have no friends and lead a lonely life.

Qin Shihuang acted just like that. He killed his blood father Lu Buwei when Lu became too powerful and sent his eldest son Prince Fusu to the border to defend the empire against enemy in the north. In his will he wanted Prince Fusu to succeed him, but his eunuch Zhao Gao and Prime Minister Li Si replaced it with a fabricated will to have Prince Huhai to be the successor and Prince Fusu killed.

From this we can see the greatest problem in Han Fei-tzu’s art for being an emperor is that after a sovereign has died there will be no powerful loyal courtiers to ensure smooth succession. That was the root cause for Qin Shihuang’s sons’ tragedy.

I said in my post China’s CCP (Chinese Communist Party) Dynasty on October 10 that Jiang Zemin, 86, proved that he remained the core by making the decision to punish Bo Xilai harshly. It perhaps raised more questions about the CCP Dynasty with a core as the emperor.

The key question is perhaps: How can the core maintain his dominance years after he has retired from all official posts?

It is perhaps an especially unique Chinese phenomenon. As other countries do not have such a long history of mature centralised dynasty, such a phenomenon has not emerged there; therefore, people find it hard to understand.

As I said in my book Tiananmen’s Tremendous Achievements, “One thing quite interesting in Chinese politics is that there are no definition, codes or rules whatever about the power of an emperor in the past and the core of the Party now. In fact, even if there are some codes or rules, there is no institution or mechanism to enforce them.”

Therefore, the titles of emperor, sovereign, general secretary, president and Central Military Commission chairman certainly cannot play the role in making those who have the titles have or maintain the power such titles ought to confer to them.

Those who have no titles can still remain powerful. That is the politics with Chinese characteristics. It has been so for quite a long time and is not something special for the CCP Dynasty.

For example, in late Qing Dynasty (1644-1912), Yuan Shikai (1859-1916) was removed by Prince Regent, the infant emperor’s father, from his post as the commander of major Chinese troops on the excuse of some non-existent foot disease.

An emperor or core has to rely on his own skill and wisdom to remain in power. Otherwise, there is always the risk that he may be replaced by someone with better skill and wisdom.

In order to maintain power, since mid Han Dynasty, Confucianism has been distorted and exploited to make people loyal to the emperor. The risk of being replaced was greatly reduced. However, that did not work after the 1911 revolution that overthrew the Qing Dynasty. The distorted Confucianism has been thoroughly denounced since the May 4 Movement.

In restoring Confucianism now, scholars are able to find what Confucius and Mencius meant in their works independently. Confucius’ top doctrine “benevolence” and Mencius democratic values have been restored while the Confucius’ loyalty to emperor is entirely outdated now.

How can a core maintain his dominance now?

Mao mastered Han Fei Tze’s art for being an emperor and used awe, tricks and intrigues to maintain his rule. He had created such awe that even when he was in a coma before his death, no one dared to challenge his absurd instructions. It was not until one month after Mao’s death powerful generals dared to arrest Mao’s protégés the Gang of Four.

Han Fei wrote his book on the art of being an emperor at the end of the Warring States. The art in Han Fei-tzu’s book concerns only the way to rule the kingdom and maintain the sovereign position as the head of the state. The art was further developed in more than two thousand years of political struggle later. It now consists of the art, strategy, tactics, techniques and intrigues to win the throne, recruit talented assistants, create bondage with them, rule the empire satisfactorily, maintain the emperor’s position and ensure smooth succession.

As Confucianism became the dominant philosophy in the two thousand years from mid-Western Han Dynasty (220 BCE-9) to the Qing Dynasty, Confucianism became a major element of the art. There is no special book on the art that has been developed since the Western Han Dynasty and one can learn such art from Chinese classics, especially the philosophies of various masters and the huge volumes of Chinese history.

However, the difficulty in establishing a power base, maintaining dominance and preventing his power from being usurped forces a core to be very wise and able to find talented assistants to help him. That is why Chinese leaders have the ability to achieve what people outside regard as impossible.

Gordon Chang’s prediction of China’s collapse was well founded, but he underestimated the Chinese leaders’ talents.

The core, if wise and able to employ talented assistants, may maintain good rule for a long time so that China can avoid the problems in US democracy caused by frequent changes of leaders.

However, it is a very hard job. The core can never really retire. At the age of 86, Jiang as the core has to leave his home in Shanghai for Beijing to deal a crushing blow to the conservatives.

The trickiest problem for China is the succession to the core.

For a hereditary dynasty, when a proper heir succeeded a deceased emperor, he first of all had the legitimacy to take over the power as an emperor though he still needed to strengthen his power base. Due to the dominance of distorted Confucianism, most scholars were loyal to the proper successor; therefore, at that time it was easy for the successor to make his officials obey him.

Now, for the Party, the best way to have a successor to the core is to appoint the successor the posts of general secretary and concurrently the CMC chairman, but as mentioned above, that general secretary and CMC chairman may only be a “daughter-in-law”. He has to obey the instructions of the core who will be the “mother-in-law”, or to a number of powerful elders, i.e. several “mothers-in-law” if there is no core.

The most serious problem is that if unfortunately the core is a tyrant like Mao, there is no mechanism to restrict or remove him.

We see that China is at crossroad now. It is hard for it to maintain its core system for a long time. Each time a core dies there will be serious succession problem and China may collapse. In addition, there is the possibility of the core becoming a tyrant.

Only by a democratic political reform can China remove the innate dangers of its core system. However, the reform will be a very difficult one. First, China has to set up the rule of law in a country entirely with no such a tradition, but with an inveterate tradition of despotism.

Second, Western systems of democracy have displayed their shortcomings that China has to avoid. China has to create its own democratic system that suits its special national conditions.