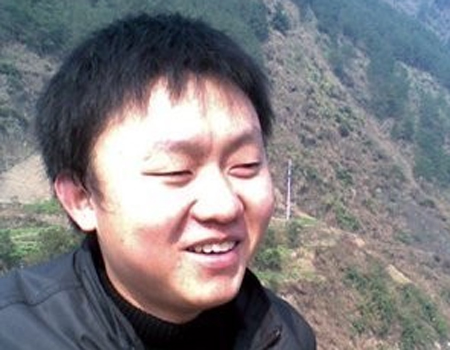 Chinese government-controlled newspapers have openly criticised the detention of a village official who called for the end of Communist Party rule, an extraordinary move that some media experts see as a sign that Beijing is granting more leeway on free speech.

The campaign is all the more remarkable because Ren Jianyu, 25, was sentenced to a labour camp for posting online messages that called for the downfall of the party’s “dictatorship” – sentiments that would normally mark him out for harsh treatment by China’s media, assuming they gave any coverage at all.

But several outlets – including the influential Global Times tabloid, owned by Chinese Communist Party mouthpiece the People’s Daily, and The Beijing News newspaper – have criticised Ren’s two-year sentence and called for more freedom for people to criticise authorities.

“Being sentenced for negative expressions was a political tradition that prevailed in some countries before the 20th century,” Yu wrote. “It’s outdated and goes against today’s freedom of speech and rule of law.

Some free-speech advocates hope the coverage is a sign that Beijing wants to ease social tensions by allowing more public debate, and that this could be a priority of China’s incoming new leadership team set to be unveiled next month.

“Somebody high up wants to see these reports happening,” said Doug Young, professor of journalism at Shanghai’s Fudan University and author of an upcoming book on the media in China.

“The fact that this is happening, that you see this call for freedom of expression so close to a leadership transition, is unusual,” he added, referring to next month’s party congress where Vice President Xi Jinping is set to take over as party leader.

“If you’re an optimist, you would see it as a positive sign that the incoming government will make expansion of freedom of speech a priority under the administration of Xi Jinping.”

Ren forwarded photographs of President Hu Jintao and Premier Wen Jiabao online with the words: “Down with the Chinese Communist Party” on them after the July 2011 deadly high-speed train crash near the eastern city of Wenzhou, said Ren’s lawyer, Pu Zhiqiang, adding that Ren had wanted to criticise the Chinese leadership for the poor official response to the crash.

Ren also forwarded messages that said: “End one-party dictatorship, long live freedom and democracy”. He also posted a photo of Li Keqiang, set to be China’s next premier, with the words “Mafia leader” written on it, Pu said.

ONE-OFF OR A TREND?

No one is suggesting Beijing will allow unfettered domestic media coverage of government or top officials. Even searching the name of President Hu Jintao on Chinese microblogs is banned.

Li Datong, a former journalist sacked for challenging censorship, suspects Ren’s case is a one-off, saying media criticism could have been sanctioned in this instance because it involved authorities in Chongqing, the southwestern municipality formerly ruled by disgraced senior politician Bo Xilai.

“At the very most, we can talk about it now because it happened in Chongqing and Bo was thrown out of office. It doesn’t indicate a reform of any kind,” Li said.

Bo, a populist who had ambitions to join the top rung of Xi’s incoming administration, made enemies in Beijing. He was expelled from the party last month on accusations that he took bribes and that he tried to cover up the murder of a British businessman by his wife. Bo’s critics also accuse him of rights abuses in Chongqing.

However, others within Chinese media say Ren’s case could be part of a trend, pointing out that criticism of his treatment came as Beijing said it would reform the “re-education through labour” system, which empowers police and other agencies to detain people to up to four years without a court process.

A Global Times journalist, who spoke on condition of anonymity, said domestic media outlets were also reflecting the increasing influence of the Internet on the news agenda.

The journalist said the newspaper took up Ren’s case because it had run hot on China’s Twitter-like service Sina Weibo, commonly used to expose abuses of power among lower-level officials. Criticism of top leaders, however, remains off limits on Weibo.

Chinese Internet users have posted more than 800,000 messages on Weibo over Ren’s case, mostly to protest his sentence. They were particularly incensed by news that Chongqing police had also raided Ren’s home and confiscated a t-shirt with the words: “Give me liberty or give me death”.

State media have also taken up the case of other people it believes have suffered miscarriages of justice, such as Tang Hui, a Chinese woman who was released after being sent to a labor camp in August for demanding that the men who had raped her young daughter be given harsher punishment.

The clamour for free speech highlights the challenges facing Xi as the party struggles to meet people’s demands for a greater say in how they are governed while preserving one-party rule.

Xi is set to succeed Hu as party leader at the party congress that opens on November 8, then take over as president in March.

Like Loading...
‹ Unlike in Monaco, China mainland and Hong Kong systems do not mix
Beijing cancels visa of former US ambassador Jon Huntsman ›