Unlike in Monaco, China mainland and Hong Kong systems do not mix 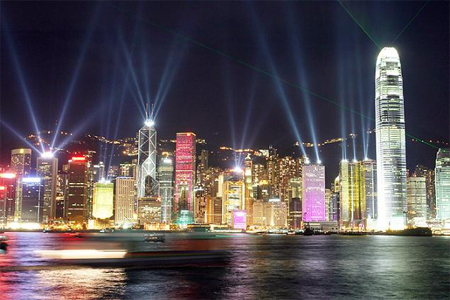 There is a very unusual street in Monaco. No fence runs down it, no barbed wire has been erected along it and no one patrols it. Yet home prices on one side are multiples of what they are on the other.

This difference creates a firmer border between the two than any wall surmounted by broken glass and machine gun towers. The Berlin Wall lasted only 28 years. This one has lasted hundreds and is under no threat.

You may say, of course, that Monaco gets away with it only through the sufferance of the French government. Let Paris decide to send in the troops and it’s over.

True, but declaring Monaco a sovereign part of France would do little. Real integration could only be achieved by imposing the entire French legal and administrative system, most notably taxes. The immediate result would probably be a sudden increase in French social security payments as the Monaco economy falls apart. The bureaucrats in Paris know it and they let this leech continue its parasitic ways.

For our purposes, however, there is something additional worth noting about Monaco. Barely a fifth of the population are citizens. The rest of the 36,000 people who live there are outsiders, mostly French, taking advantage of the low taxes.

I am not saying we would see Hong Kong’s population jump from 7 million to 35 million overnight if we open our border with China as fully as Monaco has opened its border with France. Monaco has more than twice our population density but things may not get that bad.

I think we are all agreed, however, that the influx on such an opening would be enormous and that we could never accommodate it without a crash in our living standards. That’s why we keep 7,000 people hard at work in immigration.

I wish someone would point this out to our bureaucrats. They are all still on message about integration with China, not recognising what just a touch of integration has brought us.

First, we had our hospitals swamped by mainland expectant mothers, then we had the local economies and transport systems of our border towns overcome by parallel traders and now we have tens of thousands of mainland parents looking to enrol their children in Hong Kong’s education system. A government study shows that the number of cross-border trips made by Hong Kong residents has declined from its peak in 2006. All of the increase represents mainlanders and Hong Kong people who have moved to the mainland. The children of this last group alone account for 17,200 crossings a day as they go back and forth to school in Hong Kong.

But the only reasons the study cited for it are Beijing’s relaxation of visitor permits to Hong Kong and an old cross- border tariff reduction scheme that our bureaucrats have always trumpeted to little effect.

It’s nonsense. The border has become too porous because we have let it become so in deference to belief that Beijing would like it so. Whether Beijing realises it or not, however, this has now produced not only isolated annoyance but economic turbulence.

We have a choice. We can immediately adopt all of the mainland’s legal, social and economic ways, in which we case we won’t need a border, or we can maintain our own systems in line with the Basic Law, in which case we need to restrain the mainland influx.

We do not have the choice of keeping both our ways and opening the border. Monaco can do it but we cannot. We will just get chaos. There is no such thing as partial integration of such different systems as ours and the mainland’s. You take the one or the other. They don’t mix.