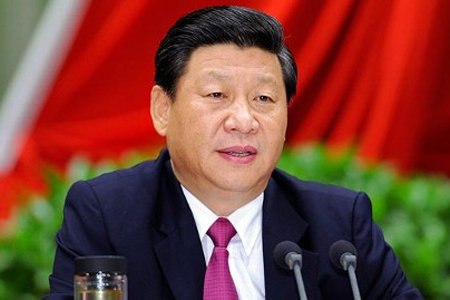 The over-all core interest doctrine of China, which evolved under the outgoing leadership of Hu Jintao, is likely to continue after Xi Jinping takes over from Mr Hu.

The 17th Central Committee of the Communist Party of China (CPC), which completed its term at Beijing on November 4, 2012, did not throw much light on any changes in nuances in the Chinese foreign policy that can be expected from the new party leadership.

The first indications of any changes in nuances will be available only after the Party Congress is over and after Hu Jintao hands over as the State President to Xi in March next year. There will also be a new Prime Minister from March next when Wen Jiabao will be handing over to Li Kequiang. All one can say with certainty is there is unlikely to be any major changes in foreign policy objectives at least until next March.

Speculation from Beijing indicated that the new leadership under Mr Xi may be more conservative and less political reform minded and more cautious in domestic matters.

Clear-cut answers to these questions should be available only after next March.

However, one can study important foreign policy statements made during the year to understand the thinking of the new leadership and analysts, who write on foreign policy matters in the Government and party-controlled media. The most important statement of the year came from Mr Xi himself during a visit he made to the US in February.

While addressing a luncheon hosted by the National Committee on US-China Relations and the US-China Business Council, Mr Xi said that China and the US should increase strategic trust and respect the core interests and major concerns of each other. He added:

“Without trust, one can achieve nothing. China and the US have important interwoven interests. The two sides should increase mutual understanding and trust, and reduce misunderstanding and suspicion.

“We in China hope to work with the U.S. side to maintain close high-level exchanges…

“By doing so, we can better appreciate each other’s strategic intentions and development goals, avoid misinterpretation and misjudgement, build up mutual understanding and strategic trust, and on that basis, fully tap our cooperation potential.

“History shows that when we properly handle each other’s core and major interests, China-US relations will grow smoothly. Otherwise, they will be in trouble.

“It is natural that some differences exist on human rights issues given the differences in national conditions as well as historical and cultural background between the two countries.

“China and the US should continue dialogue and exchanges to implement the consensus reached between Presidents of the two countries on respecting each other’s development paths chosen in light of their national conditions, and improve the cause of human rights in both countries.

“China-US relations are now at a new historical starting point in the second decade of the 21st century.”

It was a conciliatory statement and tried to play down the tensions and suspicions that had arisen during the last two years following China’s reported characterisation of its sovereignty claims over the islands of the South China Sea as of core interest in addition to Taiwan and Tibet.

In his speech in Washington DC, Mr Xi reverted to the traditional Chinese position that Taiwan and Tibet are its core interests. It did not refer to Xinjiang as a core interest.

Though Mr Xi’s formulations on the Tibet issue were made by him in Washington DC and with specific reference to the likely impact of Tibet on China’s bilateral relations with the US, they should be of interest to India too in view of the pending border dispute between India and China which has defied a resolution.

It is in this context that Mr Xi’s reference to Tibet and “Tibet-related issues” as of core interest to China is significant.

There were two important statements indicating an inflexible line on territorial sovereignty issues on September 20 and 21, 2012. In a dispatch from Brussels, the “People’s Daily” quoted Prime Minister Wen Jiabao as stating on the sideline of a China-EU summit that China would make no concession in affairs concerning the country’s sovereignty and territorial integrity.

The next day, when addressing the opening ceremony of the China-ASEAN Business and Investment Summit and Forum in Nanning, capital city of the Guangxi Zhuang Autonomous Region, Mr Xi said: “We are firm in safeguarding China’s sovereignty, security and territorial integrity and are committed to resolving differences with neighbours concerning territorial land, territorial sea and maritime rights and interests peacefully through friendly negotiations.”

These two statements indicated that the non-confrontational line projected by Mr Xi in the US did not apply to China’s sovereignty disputes with some ASEAN countries in the South China Sea and with Japan in the East China Sea.

This hard line was reflected in an article carried by the “People’s Daily” on November 2, 2012. The article was written by Wang Yusheng, Executive Director of the Strategic Research Centre of the China Institute of International Research Foundation. It said: “The parties concerned know clearly that China advocates building a harmonious neighbourhood, but has inviolable “red lines.” If necessary, it will resort to force after trying peaceful means. The United States is just bluffing, and Japan and some other Asian countries are just taking advantage of US influence to serve their own purposes. They may muddy the water in the Pacific, but cannot make big waves.”

Thus, on the eve of the 18th Party Congress, the over-all Chinese line seems to be as follows:

a. It looks upon its sovereignty claims over Taiwan, Tibet and “Tibet-related issues” as of core interest and major concern. It has made this clear in formal official statements and is prepared for a military conflict if its interests are threatened, but it has not clarified what it means by Tibet-related issues.

b. Since May, 2010, it has informally indicated to the US its sovereignty claims in the South China Sea as of core interest, thereby not ruling out the use of force if its interests are threatened. However, there has been no formal declaration on this subject.

This over-all core interest doctrine of China which evolved under the outgoing leadership of Mr. Hu is likely to continue after Mr Xi takes over from Mr Hu.

What impact will this have on the ongoing border talks between India and China? There are so far no indications to show that China might be contemplating to give up its adherence to the principle of mutual accommodation in finding a solution to its border dispute with India. The evolution of the Chinese thinking on this issue needs to be closely monitored.

(Abridged by nomade51 from of the original report)