China: Can transformation of economic development mode be achieved? 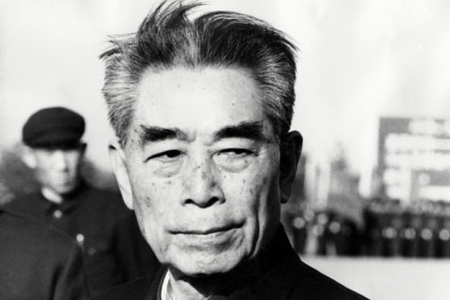 Spells on the Xi Jinping Administration – A Japanese Analysis

In the aftermath of the anti-Japanese riots, the 18th National Congress of the Communist Party of China was held to set up the Xi Jinping administration. Before discussing its economic policy, I would mention two points.

It is really sad that the territorial dispute has caused Japan-China relations to slip into the worst situation in this 40th anniversary year of the diplomatic normalisation between Japan and China.

The Japanese iron industry developed depending on China, and Japan must repay the favour to China as it starts opening-up and reforming.

According to several sources Zhou Enlai would often tell the following: The Japanese nation is a great nation, as they established the first modern state in Asia to rival western powers. Though they made the mistake of invading China, the ones to blame should be Japanese militarists, who should be distinguished from the Japanese people.

I would like to mention that the attack, destruction, and plunder against Japanese businesses by the mob during the anti-Japanese demonstrations must be condemned emphatically. It is never acceptable to solve a political issue by means of putting pressure on private firms with violence. Japanese companies undertook investments in China according to the Chinese law. Eliminating a specific country by allowing violence is against the principles of the WTO (World Trade Organization) – freedom, non-discrimination, multilateralism, and reciprocity.

Now, established with support from Jiang Zemin and other senior members of the party, the Xi Jinping administration cannot escape from two spells.

The first is a spell cast on them simply because Xi Jinping himself is originally among the Princelings. Simply put, the Princelings are a pedigree group to prevent a Chinese Gorbachev from taking the platform. Having been shocked by the collapse of an elder communist nation, the Soviet Union, then General Secretary Jiang Zemin learnt the lesson that a Chinese Gorbachev must have never been generated within the party. For this purpose, he nurtured the children of old statesmen of the Chinese Revolution as Princelings. With this context casting a spell on them, it may be difficult for the Xi Jinping administration to break the party structure that has become a group of rights and interests stained with corruption, ie, to innovate the party organisation as political reform.

The other spell is the homework left by Hu Jintao. While Jiang Zemin remained the chairman of the party’s Military Commission for several years after resigning as General Secretary, Hu Jintao gave up the post to keep up his own beliefs, the scientific development concept, as a guiding ideology.

The foundation of the scientific development concept is the recurrence from socialism seeking affluence to socialism worrying about inequality, after the end of the Deng Xiaoping model as represented by the Get Rich First Theory, with the background of the collapse of social fairness caused by severe disparity and the lost sense of national solidarity due to the interests and corruption.

Since the 17th Congress in 2007, the Socialist Harmonious Society has been advocated, focusing on common prosperity and putting a priority on quality rather than quantity of growth. It failed to achieve thorough reform, because the Socialist Harmonious Society concept was a measure to satisfy both socialistic fundamentalists who were concerned about prevailing inequality and those stressing the market economy principle who complained of inadequate separation between politics and economy under the sole dictatorship of the Communist Party. The Xi Jinping administration will be, however, bounded by the continuation of the Socialist Harmonious Society as a policy goal of the Scientific Development Concept, because it was approved as a guiding ideology in the latest Party Congress.

Continuation of the Socialist Harmonious Society

As the Socialist Harmonious Society concept is maintained, the first priority is to modify the structure where the nearest to power gets most. Whereas the economy is dominated by the market and the state leads the distribution of wealth, the party intervenes between the market and the state to distort the distribution of wealth by preserving and controlling state-owned enterprises. This hampers private businesses that are the basis of the market economy from managing their operation autonomously and actively. This is the structure ridiculed for the state advances, the private sector retreats, whose essence is the crony economy. The prevailing underground economy including shadow banking – which I call the second economy – also distorts the autonomy of the market economy.

It is uncertain whether the Xi Jinping administration can break the spells of the Hu Jintao administration and achieve the transformation of the economic development mode, which is the highest priority of the 12th five-year plan that has been implemented since 2011.

However, it is difficult for the Xi Jinping administration to privatise state-owned businesses that are the growth engine, because the administration has no choice but to move forward with the goal of doubling GDP in 2020 from the 2010 level (nearly nominal 12 trillion dollars), as well as the state’s goal of becoming a maritime power for the restoration of the Chinese nation and China as the centre of the world. The administration must keep up growth to keep people from having doubts about the legitimacy of the ruling party, and in so doing, they will attempt to foster nationalism by putting the United States within their shooting range.

Today, the Chinese people no longer believe in the thesis of communism and socialism including Marxism-Leninism and Maoism. If so, the existence of the state and the maintenance of the communist regime inevitably depend on whipping up nationalism. Cutting corners in it would bring about the crisis in the regime.

In addition, the Xi Jinping administration is not an administration established through designation by the charisma of Deng Xiaoping, unlike the past administrations of Jiang Zemin and Hu Jintao. There is concern that they would stir up intolerant nationalism and arouse anti-foreign sentiment to encourage anti-Japanese movements as a usual practice to divert people’s attention away from domestic contradictions and social dissatisfaction.

When it comes to growth, the administration plans to transform the development mode that relies on traditional fixed asset investment (public investment and capital investment) and export so that growth will be more based on enhanced consumer purchasing power and stimulated domestic demand. This means the shift from the foreign-demand-dependent economy to the domestic-demand-driven economy. This is also consistent with the income doubling policy that the national income per head is to be doubled in 2020 from the 2010 level.

Will People Spend Their Wage Increase On Consumption?

At the time of the population onus and the aging society, if the social welfare and medical security systems are insufficient and people also have anxiety about the education of their children, they must set aside their wage increase for saving after all. Increase in income would be unlikely to lead to expanded consumption. If the income growth rate becomes even higher, foreign companies would escape from China. This is a dilemma.

In shifting to the domestic-demand-driven economy, the Renminbi is likely to be revalued upward. This is a good opportunity for Chinese firms to expand investment abroad.

Toward Liberalisation of Capital Transactions

At the same time, in the process of the internationalisation of the Renminbi, the regulation will be incrementally eased toward liberalisation of capital transactions. This would make Chinese businesses easy prey for hedge funds. To counter this, it is indispensable to establish more advanced domestic industries and strengthen the economic infrastructure. As domestic technologies are not sufficient to achieve industrial advances, good Japanese mid-sized and small businesses would be a target of M&A backed by the strong Renminbi.

Like Loading...
‹ China economy shows signs of strength
China set to surpass US in R&D spending in 10 years ›