US and Japan review defence guidelines amid tension with China 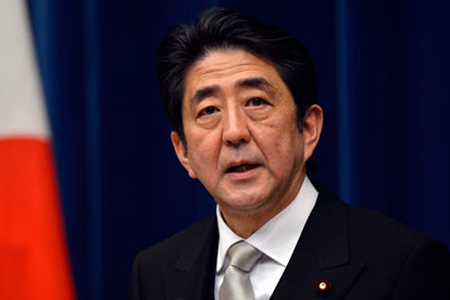 The United States and Japan began on Thursday the revision of defence cooperation guidelines for the first time in 15 years as Prime Minister Shinzo Abe faces a territorial dispute with China and North Korea‘s missile and nuclear programmes.

The revision to the guidelines, which set rules on how Japanese and U.S. forces work together in or near Japan, comes after a hawkish Abe led his Liberal Democratic Party to power in an election last month.

“We would like to discuss Japanese Self Defence Forces‘ role and U.S. forces role with eyes on the next five, 10, 15 years and on the security environment during those periods,” a Defence Ministry official told reporters, without elaborating.

The revision is due because of drastic changes in the security environment over the past 15 years including China’s maritime expansion and North Korea’s missile development, the Japanese government has said.

Japan is locked in a territorial dispute with China over a group of tiny East China Sea islets called Senkaku in Japan and Diaoyu in China, with both countries sending patrol ships and planes to areas near the isles.

The review started with a working-level meeting in Tokyo between U.S. and Japanese officials. It will likely take a year or more to complete and coincides with a U.S. “pivot” in diplomatic and security focus to Asia.

“One issue that’s prevalent is whether the Abe government will reinterpret the constitution to exercise the right of collective self defence,” said Nicholas Szechenyi, senior fellow at the Centre for Strategic and International Studies.

“Should that policy decision be taken, it will obviously have an impact on the way the Self Defence Forces and U.S. military coordinate.”

Japan recognises it has what is known as the right of collective self-defence, meaning a right to defend with force allies under attack even when Japan itself is not being attacked.

But Japanese governments have traditionally interpreted the pacifist constitution as banning the actual exercise of the right, creating a sore spot in Tokyo’s security ties with Washington. Abe wants to change the interpretation to allow Japan to exercise the right.

The Defence Ministry did not say whether the issue of the right of collective self-defence has been discussed.