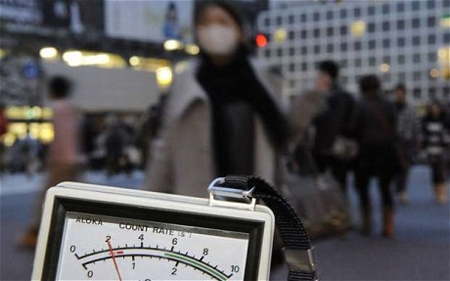 There are shortcomings in this process, but they seem to be significantly less than the conventional uranium process. It could hardly be otherwise, I suggest.

Uranium reactors are devastatingly risky and have enormous and also dangerous waste disposal problems. The contemplated future use in some countries would appear a very poor environmental choice. Environmentally regarding the planet and the people.

Environmentally friendly power sources that use nature’s infinitely available energy, solar and wind in particular, are commendable and relatively resource friendly. But they have little hope of providing human civilization’s power requirement as it exists now and into the future.

Only the “Greens” believe that our future can be maintained without resorting to fossil fuel resources, which are not endless anyway, and nuclear energy. Only if, as they and a very strong organizational group wish it to be so, the planet’s population is decimated, can we survive without continuing to use some form or forms of “dirty” power sources.

[Personally, I am ok with burning fossil fuels for the present, as long as the pollution is constrained. I do not include CO2 as a pollutant but that is another story.]

The use of thorium reactors appears to be an exciting and relatively “clean” solution as outlined in nsnbc international’s posted article by Ambrose Evans-Pritchard, The Telegraph. It is highly commendable that China is leading the way in securing their future in an environmentally acceptable manner, and striving to reduce their current reliance on fossil fuel resources.

A few weeks before the tsunami struck Fukushima’s uranium reactors and shattered public faith in nuclear power, China revealed that it was launching a rival technology to build a safer, cleaner, and ultimately cheaper network of reactors based on thorium.

This passed unnoticed –except by a small of band of thorium enthusiasts – but it may mark the passage of strategic leadership in energy policy from an inert and status-quo West to a rising technological power willing to break the mould.

If China’s dash for thorium power succeeds, it will vastly alter the global energy landscape and may avert a calamitous conflict over resources as Asia’s industrial revolutions clash head-on with the West’s entrenched consumption.

China’s Academy of Sciences said it had chosen a “thorium-based molten salt reactor system”. The liquid fuel idea was pioneered by US physicists at Oak Ridge National Lab in the 1960s, but the US has long since dropped the ball. Further evidence of Barack `Obama’s “Sputnik moment”,  you could say.

Chinese scientists claim that hazardous waste will be a thousand times less than with uranium. The system is inherently less prone to disaster.

“The reactor has an amazing safety feature,” said Kirk Sorensen, a former NASA engineer at Teledyne Brown and a thorium expert.

“If it begins to overheat, a little plug melts and the salts drain into a pan. There is no need for computers, or the sort of electrical pumps that were crippled by the tsunami. The reactor saves itself,” he said.

“They operate at atmospheric pressure so you don’t have the sort of hydrogen explosions we’ve seen in Japan. One of these reactors would have come through the tsunami just fine. There would have been no radiation release.”

Thorium is a silvery metal named after the Norse god of thunder. The metal has its own “issues” but no thorium reactor could easily spin out of control in the manner of Three Mile Island, Chernobyl, or now Fukushima.

Professor Robert Cywinksi from Huddersfield University said thorium must be bombarded with neutrons to drive the fission process. “There is no chain reaction. Fission dies the moment you switch off the photon beam. There are not enough neutrons for it continue of its own accord,” he said.

Dr Cywinski, who anchors a UK-wide thorium team, said the residual heat left behind in a crisis would be “orders of magnitude less” than in a uranium reactor.

The earth’s crust holds 80 years of uranium at expected usage rates, he said. Thorium is as common as lead. America has buried tons as a by-product of rare earth metals mining. Norway has so much that Oslo is planning a post-oil era where thorium might drive the country’s next great phase of wealth. Even Britain has seams in Wales and in the granite cliffs of Cornwall. Almost all the mineral is usable as fuel, compared to 0.7pc of uranium. There is enough to power civilization for thousands of years.

I write before knowing the outcome of the Fukushima drama, but as yet none of 15,000 deaths are linked to nuclear failure. Indeed, there has never been a verified death from nuclear power in the West in half a century. Perspective is in order.

We cannot avoid the fact that two to three billion extra people now expect – and will obtain – a western lifestyle. China alone plans to produce 100m cars and buses every year by 2020.

The International Atomic Energy Agency said the world currently has 442 nuclear reactors. They generate 372 gigawatts of power, providing 14pc of global electricity. Nuclear output must double over twenty years just to keep pace with the rise of the China and India.

If a string of countries cancel or cut back future reactors, let alone follow Germany’s Angela Merkel in shutting some down, they shift the strain onto gas, oil, and coal. Since the West is also cutting solar subsidies, they can hardly expect the solar industry to plug the gap.

BP’s disaster at Macondo should teach us not to expect too much from oil reserves deep below the oceans, beneath layers of blinding salt. Meanwhile, we rely uneasily on Wahabi repression to crush dissent in the Gulf and keep Arabian crude flowing our way. So where can we turn, unless we revert to coal and give up on the ice caps altogether? That would be courting fate.

US physicists in the late 1940s explored thorium fuel for power. It has a higher neutron yield than uranium, a better fission rating, longer fuel cycles, and does not require the extra cost of isotope separation.

The plans were shelved because thorium does not produce plutonium for bombs. As a happy bonus, it can burn up plutonium and toxic waste from old reactors, reducing radio-toxicity and acting as an eco-cleaner.

Dr Cywinski is developing an accelerator driven sub-critical reactor for thorium, a cutting-edge project worldwide. It needs to £300m of public money for the next phase, and £1.5bn of commercial investment to produce the first working plant. Thereafter, economies of scale kick in fast. The idea is to make pint-size 600MW reactors.

Yet any hope of state support seems to have died with the Coalition budget cuts, and with it hopes that Britain could take a lead in the energy revolution. It is understandable, of course. Funds are scarce. The UK has already put its efforts into the next generation of uranium reactors. Yet critics say vested interests with sunk costs in uranium technology succeeded in chilling enthusiasm.

The same happened a decade ago to a parallel project by Nobel laureate Carlo Rubbia at CERN (European Organization for Nuclear Research). France’s nuclear industry killed proposals for funding from Brussels, though a French group is now working on thorium in Grenoble.

Norway’s Aker Solution has bought Professor Rubbia’s patent. It had hoped to build the first sub-critical reactor in the UK, but seems to be giving up on Britain and locking up a deal to build it in China instead, where minds and wallets are more open.

So the Chinese will soon lead on this thorium technology as well as molten-salts. Good luck to them. They are doing Mankind a favour. We may get through the century without tearing each other apart over scarce energy and wrecking the planet.

Source: The Telegraph – “Safe nuclear does exist, and China is leading the way with thorium”