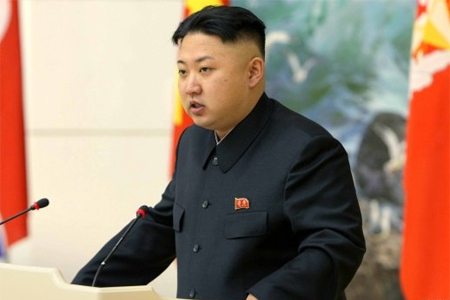 China appears to be re-evaluating relations with North Korea during its leadership transition to Xi Jinping – undoubtedly a backlash for North Korea’s February nuclear test. Indications in this regard include debates between China’s foreign policy experts on North Korea’s geopolitical value to China.

One of the latest among them is a contribution to the Financial Times by Deng Yuwen, deputy editor of Study Times, the journal of the Central Party School of the Communist Party of China. It was provocatively headlined: “China Should Abandon North Korea”.

The writer maintained, among other things, that an interstate relationship based on ideology alone, such as the one between China and North Korea, is dangerous; that North Korea has outlived its value as a geopolitical ally; and that the capricious North Korean regime’s potential nuclear blackmail of China could not be ruled out. He said a “nuclear-armed North Korea could try to twist the China’s arm if Beijing were to fail to meet its demands” or if the United States were to signal its goodwill toward it.

The nuclear test must have strained China’s relations with North Korea, given that China has long championed a denuclearised Korean peninsula. But few would believe that China will abandon such a longtime ally as North Korea. One indication that China will stay the course, at least for some time to come, is that it recently voiced opposition to any strong UN sanctions on North Korea over its nuclear test.

A spokesman of the Chinese Foreign Ministry said a UN response to the nuclear test must be considerate and appropriate. In other words, he was saying China would not support any of the stern measures pursued by South Korea and the US.

There is no good reason to believe the view of the contributor to the Financial Times reflects that of the new Chinese leadership. Nor would it be prudent to brush aside the article as nothing but the writer’s personal view.

It would be rather safe to assume that China intended the article to be a warning to North Korea that it would not tolerate any more nuclear tests. It is not unusual for China to resort to foreign news media or its domestic news outlets, such as the Global Times, to deliver a message that cannot be sent through an official channel.

North Korea, wayward and already diplomatically isolated, would do well to heed the warning and avoid provoking China and the world with any more nuclear tests.

Like Loading...
‹ China: Liaoning aircraft carrier will have a squadron of aircraft this year
China’s ambition to become global currency has a long way to go ›