China may survey and set marks on disputed Senkaku Islands 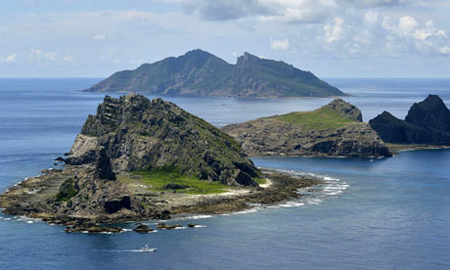 In an interview with The Beijing Times reporter yesterday, CPPCC (China People’s Political Consultative Conference, a consultative organisation to the party) member Li Mingde, deputy chief of National Administration of Surveying, Mapping and Geoinformation, said that the map of the Diaoyu (known as Senkaku in Japan) and its affiliated islands published last September was made by aeronautic and astronautic means.

“The three-dimension topology of Diaoyu Islands has all been made clear and geographical names have been given to all the places on the Islands.” According to him the information on the current map of Diaoyu Islands has all come from unmanned aircrafts and satellites. It is not necessary to redo the survey, but to make more accurate survey and a complete survey of all the affiliated islands around it.

He said that the National Administration of Surveying, Mapping and Geoinformation is in charge of the survey, and the Bureau of Surveying and Navigation of PLA General Staff Department, the State Oceanic Administration and the Navigation Safeguard Department of Chinese navy jointly participate in the state project of sea island (reef) survey project started in 2009. The plan, in its second phase, is to cover the entire sea area of the Diaoyu Islands.

To the question of whether China will send people to the islands to carry out the survey, Li Mingde said, “I believe we will, because they are our territory. In the future we will send a suitable survey team to conduct the survey and set corresponding survey marks on the islands.” According to Li, satellites need to be positioned through the control points on earth. Such points are a part of China’s coordinate system.

According to Li, there have not yet been accurate survey points plotted on the Diaoyus. The survey points have until now been located by inference. China will be able to make the map of the Diaoyus more accurate when there are survey marks there in the future. In addition the map can also clearly show the under-water topology of the sea area near the islands.

Li Mingde disclosed in addition that during the second phase of the sea island (reef) survey project, consideration will be given to survey the islands and reefs in the South China Sea. “In the past, we only saw a point without details or understanding of the depth of the sea below. In the future, we shall make clear the situation both above and below the water, and will make a more accurate survey,” he said.