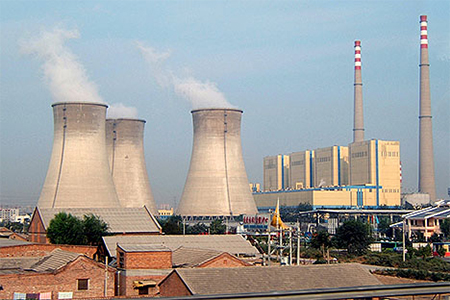 From 2005 to 2011, China rapidly developed its nuclear power capacity. In 2010 alone, it began operations at two new reactors and broke ground on 10 more, accounting for more than 60 percent of new reactor construction worldwide and making the Chinese nuclear industry by far the fastest-growing in the world.

Then came the tsunami and earthquake that led to Japan’s Fukushima Daiichi meltdown in March 2011, the world’s worst nuclear accident since the Chernobyl disaster in 1986. After Fukushima, China changed course dramatically, slowing the pace of nuclear development to focus on safety.

The slower pace is reassuring, but to really be a leader on nuclear safety, China should speed up the adoption of new laws on nuclear energy and enhance the independence and authority of nuclear safety regulators.

Putting the Brakes On

According to a government plan issued in 2007, China planned to install a total nuclear capacity of 40 GWe by 2020, which would account for about 3 percent of electricity generation nationwide. Many officials and experts expected that the number would actually increase further, to more than 80 GWe.

In its initial, March 2011 reaction to Fukushima, though, China’s State Council, the nation’s governing body, decided to suspend approval of new nuclear power stations, conduct comprehensive safety inspections of existing plants, and review all nuclear projects including those under construction.

In October 2012, after concluding the inspections and reviews, the State Council issued a new plan that represents a serious and cautious reevaluation of safety issues and the pace of development. Called the Medium- and Long-term Nuclear Power Development Plan (2011-2020), its proposals include:

Based on the new plan, China will only approve a few new reactor construction projects before 2016. China now expects to grow its total nuclear capacity to 58 GWe by 2020, rather than the more than 80 GWe previously expected.

The government resumed approval of new nuclear power projects in December 2012, just as the new plan was issued. Several inland nuclear power projects where significant preparation work had already begun will be suspended, with some of their equipment likely transferred to coastal sites. While the pace of Chinese nuclear development will slow in the near term, the country’s long-term goals haven’t changed significantly.

China continues to emphasise nuclear power as a crucial part of its energy mix. A government white paper issued in October 2012 observed that “as nuclear power is a high-quality, clean, and efficient modern energy resource, its development is of great importance for optimising the nation’s energy structure and ensuring national energy security.” The white paper put China’s nuclear energy target at 40 GWe by 2015.

Although China has every intention of continuing nuclear energy development, in the aftermath of Fukushima it has approved a number of plans to enhance safety standards. All of them emphasise that the pace of growth should be controlled to minimize risk. As Zhang Huazhu, chairman of the China Nuclear Energy Association, said in November 2012, “our nuclear power is shifting from a rapid development to a steady stage with a focus on safety.”

On May 31, 2012, the State Council approved two plans submitted by the National Nuclear Safety Administration. The first, the Comprehensive Safety Inspection Report on Civilian Nuclear Facilities PDF, indicated that most Chinese nuclear power plants meet both domestic safety regulations and the standards of the International Atomic Energy Agency.

The inspection report required civilian nuclear facilities to phase in safety improvements in 16 areas by 2015. By the end of 2012, the facilities were required to finish urgent improvements, including those involving flood prevention, mobile backup emergency power systems, and capacity to respond to earthquakes.

The second plan approved by the State Council, the Twelfth Five-Year Plan and the 2020 Vision of Nuclear Safety and Radioactive Pollution Prevention — the Nuclear Safety Plan PDF, for short — goes farther. It requires that all operating reactors maintain good safety records and avoid accidents. New reactors must put in place prevention and mitigation measures for severe accidents.

The plan also sets regulatory limits, requiring that newly constructed reactors experience accidents that damage their cores less than one time in every 100,000 years of operation; the frequency of accidents that result in large radioactive releases must be less than one event in one million years. For reactors constructed after 2016, the plan calls for efforts to eliminate large radioactive release accidents altogether.

China’s National Energy Administration has also been urging the nation toward greater nuclear safety. In October 2012, an executive meeting of the State Council approved the Nuclear Power Safety Plan (2011-2020) drawn up by the administration.

The new safety requirements will have major implications. Capital costs for each nuclear power plant could increase by 10 to 20 percent. Moreover, these plans will likely push Chinese companies to develop homegrown Gen III reactor designs, instead of relying mainly on imported technology. China is constructing four plants with Gen III reactors purchased from the American company Westinghouse, and two with Gen III reactors from France’s Areva. By the end of 2013, though, Beijing is expected to start construction on a Gen III reactor of 1,400 MWe based on a proprietary design developed by Chinese scientists.

Unfortunately, overlapping and ill-defined responsibilities among these agencies have made for unnecessary duplication and imposed complicated requirements on reactor operators.

China should streamline this system and speed up the adoption of new laws on atomic energy and safety. Beijing has not yet issued a comprehensive law on the use of nuclear energy. A first step would be to quickly pass the draft atomic energy law that was completed in 2011 and is currently circulating among government ministries.

In the wake of Fukushima, China has made it clear that it still considers atomic power an important part of its future energy mix, and it has taken major strides toward improving nuclear safety. Cleaning up the regulatory and legal framework governing nuclear power will make sure China achieves its goals.

Source: Bulletin of the Atomic Sciences – China moves cautiously ahead on nuclear energy