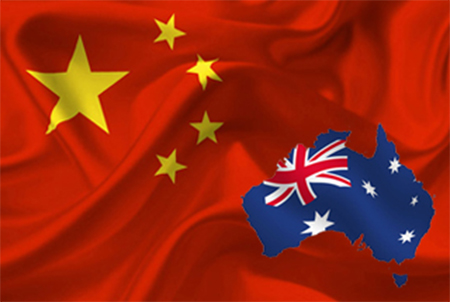 Some of Australia’s most influential business leaders were feted in China by an intelligence platform of the People’s Liberation Army, a Fairfax investigation has revealed.

Andrew Forrest, who touted his talks with the leaders last month as a lesson on how to be friendly with China, was joined by the heads of four of the five big banks, Qantas and the Business Council of Australia, and the former Australian ambassador to China, Geoff Raby, who is a director of Mr Forrest’s iron ore company, Fortescue.

It is understood none of the Australian business leaders were aware that the ”social organisation” facilitating their access, the China Association for International Friendly Contacts, was a platform for ”influence operations” by the liaison department of the General Political Department of the PLA.

Once known as the Department of Enemy Work , it specialises in ”carrying out work of disintegrating the enemy and uniting with friendly military elements”, according to a 2003 manual seen by Fairfax.

The department’s director, Xing Yunming, was photographed with Mr Forrest’s entourage but did not disclose his identity in the PLA, where he holds the rank of lieutenant-general.

Mr Xing’s identity and the role of his department will be outlined in a forthcoming report by Mark Stokes, executive director of the Project 2049 Institute, a Washington think tank.

Chinese military strategists have taken a keen interest in Australia’s discussion of China in the recent defence white paper and also the stationing of US marines near Darwin, as the strategic rivalry between China and the US continues to grow.

They are also watching Australia’s approach to Chinese territorial disputes and other “core interests” such as the treatment of the Dalai Lama.

Last month’s talks, involving Mr Forrest and some of the biggest names in Chinese finance, took place at a side-summit at the Bo’ao Forum for Asia.

The summit enabled the Australians to convey concerns and

It is understood they were not aware of the China Association affiliations of director Mr Wang, vice-chair Deng Rong (the daughter of Deng Xiaoping) and executive deputy director Xing Yunming, who were all in the room at the time. Mr Wang, in particular, offers a gateway into reformist circles in the Chinese elite.

The association’s gate-keeping role, however, and PLA intelligence links raise questions about how China might seek to allocate access to its enormous economic opportunities in ways that influence the policymaking climate in Australia.

Mr Forrest, who declined on Friday to comment, told journalists at the time that being “a caring friend” in China required more than seeking favours.

Mr Forrest conveyed the view of the summit co-chair, banker Li Ruogu, that Chinese people of China did not have an “expansionist” or “aggressive” outlook, while later clarifying that he was referring to Chinese investment rather than military proclivities.

”They do not understand how people could look at China through anything but friendly eyes and he challenged businesses from the Australian side to put forward an argument as to whether or not we could counter that logic,” Mr Forrest said.