China boasts of strategy to “recover” islands occupied by Philippines 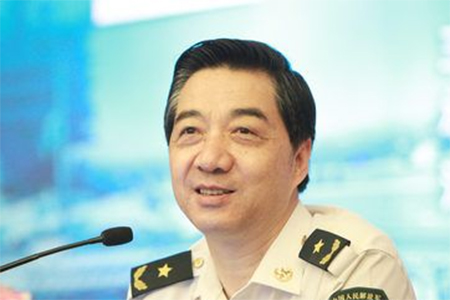 The following is a translation of an interview on Chinese State TV. It does not necessarily represent the views of China Daily Mail, but is provided so readers can form their own views.

Recently, well-known military expert Major General Zhang Zhaozhong talked in a TV interview in Beijing about the current situation of dispute between China and the Philippines in the South China Sea, and analysed China’s strategy in the South China Sea region. The following is what was said in the interview:

TV host: “Well, we have watched the footage and now let’s look at the big screen that shows the Chinese islands and reefs illegally occupied by the Philippines. All of us should remember that counting from the north, there are the Beizi Island, Feixin Island, Zhongye Island, Xiyue Island, Shuanghuangzhou Shoal, Mahuan Island, Nanyue Island and Siling Reef.

Zhang Zhaozhong: What should we do about those islands and reefs? I think that in the main we have done some things relatively successfully in dealing with the Philippines. Since the 1990s, the Philippines has done quite a few illegal and irrational things in its attempt to turn the Huangyan Island into its territory by means of presidential order, domestic legislation, and so on.

“Each time our Ministry of Foreign Affairs protested, but it refused to listen. In the meantime, it was busy doing this and that, such as sunk a boat there and conducting lots of patrols there. By April, 2012, an incident finally took place that it took initiative to detain Chinese fishermen by force; it sent troops to detain at gun point the Chinese fishermen who entered the lagoon to carry out normal fishing.

“Since then, we have begun to take measures to seal and control the areas around the Huangyan Island, seal and control continuously up till now. In the over one year period since then, there have been fishermen in the inside. Our fishermen are often there because there is lot of fish there. Fishermen go there in large ships and then sail small boats in the lagoon to fish. They can have shelter in the lagoon when there is a typhoon.

“The fishermen conduct normal production there. In the area around the island, fishing administration ships and marine surveillance ships are conducting normal patrols while in the outer ring there are navy warships. The island is thus wrapped layer by layer like a cabbage. As a result, a cabbage strategy has taken shape.

“If the Philippines wants to go in, in the outermost area, it has first to ask whether our navy will allow it. Then it has to ask whether our fishery administration ships and marine surveillance ships will allow it. Therefore, our fishermen can carry out their production safely while our country’s marine rights and interests as well as sovereignty are safeguarded. Is that not satisfactory?

“We can adopt this method elsewhere. We have not resorted to war and we have not forced the others to do anything, have we? You have invaded and then left. You have violated Chinese law and China’s sovereignty and territorial integrity, haven’t you? Why did you point your guns at our fishermen? As you have first violated the law and pointed your guns at our fishermen, you would never be allowed to enter the area.

“We should do more such things in the future. For those small islands, only a few troopers are able to station on each of them, but there is no food or even drinking water there. If we carry out the “cabbage” strategy, you will not be able to send food and drinking water onto the islands. Without the supply for one or two weeks, the troopers stationed there will leave the islands on their own. Once they have left, they will never be able to come back.

“For many things, we have to grab the right timing to do them. Over the past few years, we have made a series of achievements at the Nansha Islands (the Spratly Islands), the greatest of which I think have been on the Huangyan Island, Meiji Reef (Mischief Reef) and Ren’ai Shoal (Second Thomas Shoal).

We have gained quite satisfactory experience about the ways to recover the islands and reefs and defend them. For the Nansha and Xisha (Paracel) Islands, we have established Sansha City to administrate them. That was a good step we have taken.

“The next step will be the strengthening of power and authority in implementing our law in conduct our administration. The further next step shall be the vigorous development there, including the development of economy, tourism, marine fishery and marine protection.

“We have to do much more work there, and coordinate various efforts. We should not rely only on military effort. In the military perspective, fighting is the last resort while before it there must be production on a large scale and with high enthusiasm and large-scale production on the sea. That is why I say that we have to create such an environment and atmosphere.”

Editor’s Note: This story was exclusive to China Daily Mail, and was later used as the foundation for a major feature story in the New York Times (A Game of Shark and Minnow).

Source: mil.huanqiu.com “Zhang Zhaozhong: To recover the islands occupied by the Philippines, the ‘cabbage’ strategy is enough” (translated from Chinese by Chan Kai Yee)