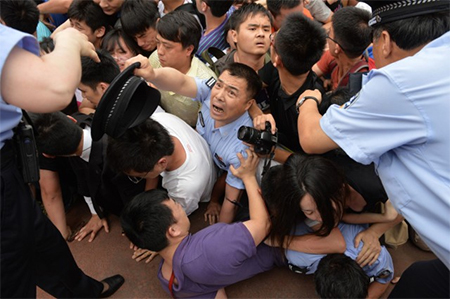 Drama ended David Beckham‘s visit to Shanghai at one of the universities.

When the Englishman entered the stadium, seven people were trampled.

Beckham is a recently retired footballer who flew to China to promote the game for a week, at the request of the local league.

The drama took place during the Thursday meeting with students from Tongji University and the collegiate football team.

According to Chinese media, the stadium was in panic when the Englishman walked through the gate.

Then the students had a meeting scheduled with former PSG player, who played for AC Milan, Real Madrid and Manchester United.

When the car he was in was mobbed, seven people were injured.

Four of them are police officers and security guards, one is a foreign student.

The meeting with the students was then cancelled.