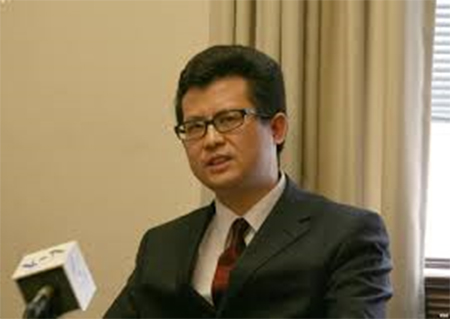 China has detained a prominent rights activist for more than two months without formally charging him, his lawyer said on Friday, the latest case in a crackdown on freedom of assembly.

The length of Guo Feixiong’s detention exceeds the 37-day limit allowed for holding an individual without a formal arrest and charge under Chinese law.

Guo, a longtime advocate for democracy and human rights based in the southern city of Guangzhou, has also been denied access to legal counsel and any contact with his family members, said Lin Qilei, one of Guo’s lawyers.

Guo was detained for disrupting order in a public space on August 8, Lin said. But he said authorities had provided no details of any event or crime linked to his client on that day.

He said he and a colleague had appealed to authorities in Guangdong province to gain access to their client five times without success.

“This case is politicised,” Lin said. “Of course he’s a famous democracy and human rights activist, so political persecution is something he can’t escape.

“Disrupting the public order is a very ordinary charge and it should not present a problem for him to see his lawyers. We’re concerned this means that he’s come to some harm.”

Guo’s case is the latest involving more than a dozen rights activists detained or formally arrested on charges of disrupting order in a public place. Rights groups say the charge is tantamount to punishment for forming organisations that criticise government policies.

Guo was close to activists held or arrested on similar charges in recent months after they called for government officials to publicly disclose their wealth.

“Guo Feixiong is a widely respected veteran rights defender and recently was an active and vocal supporter of those calling for asset transparency,” said Mi Ling Tsui of Human Rights in China, a U.S.-based advocacy group, in an emailed statement to Reuters.

The crackdown on transparency campaigners exposes the limits of President Xi Jinping‘s vow to curb official graft. Xi has said he will target both lowly “flies” and high-flying “tigers.”

Like Loading...
‹ China ups Venezuelan oil investments, but refuses Chavista leaders’ plea for a cash bailout
How to defeat the ‘Great Firewall of China’ with an iPhone ›