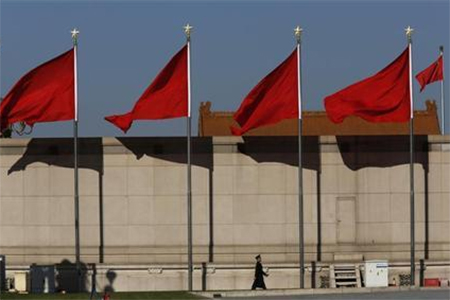 China has pledged to make the most sweeping changes to the economy and the country’s social fabric in nearly three decades with a 60-point reform plan that may start showing results within weeks.

Some financial and fiscal reforms are likely to be the first out of the blocks, analysts said, but more wrenching changes such as land reform, reining in the power of state-behemoths, and a more universal social welfare system may take years as the Communist Party leaders balance reorganising the economy with a need to maintain stability.

“It’s clear that they understand what reforms are needed. They will probably start with reforms that could offer the highest returns with the lowest costs,” said Lu Zhengwei, chief economist at Industrial Bank in Shanghai.

China unwrapped its boldest reforms since Deng Xiaoping set the country on a course of opening up to the world in the 1970s and 1980s. The Communist Party pledged to let the market play a “decisive” role in the economy and outlined changes designed to unleash new sources of growth that it said would yield results by 2020.

After three decades of breakneck expansion, the economy is showing signs of spluttering under the weight of industrial overcapacity and piles of debt.

Chinese leaders have made clear that reforms will be carried out in a more concerted way by setting up a high-level group to lead them, but analysts believe they will move first with some less controversial reforms, such as interest rate and price deregulation on utilities and natural resources.

“They are likely to start with some easier ones or reforms that have already been kicked off,” said Chen Letian, an economist at Rising Securities in Beijing.

The central bank is likely to unveil a long-awaited deposit insurance system by the end of this year or early in 2014 to pave the way for freeing up bank deposit rates, which are now subject to administrative caps, analysts say.

The insurance scheme would protect depositors as Beijing is concerned some smaller lenders could go under as banks compete for deposits in a more open regime. Earlier this year, the central bank removed controls on lending rates.

They expect qualified private investors will get the green-light in the coming months to set up banks to compete with big state lenders that currently dominate.

The government will further loosen its controls on prices of water, electricity and natural resources, in line with the pledge to let the market play a “decisive” role, with changes sooner rather than later.

Fiscal reform is likely to gain some urgency as a lack of constraint on the finances of heavily indebted local governments will make interest rate reform less effective. A bigger slice of tax revenues would reduce their need to borrow heavily or to sell land to raise revenues.

SOME REFORMS MAY LAG

But some changes will require much more preparation and may not show any signs of happening for months or years, analysts say. Reform to allow farmers to sell their land more freely is still being tested in parts of the country, so the government appears a long way off from deciding exactly how the new idea will work in practice.

Policymakers also want to make sure that urban areas can absorb the hundreds of millions of rural migrants they want to move to cities to help promote a consumer-led economy.

That means social welfare systems, from healthcare to education, have to be strong enough to cope with the influx of people and importantly that jobs are available in the cities.

Policymakers worry a sudden rise of landless and jobless migrants could upset the national stability central to the Communist Party’s justification for one-party rule.

“The pre-condition for reforms is that economic growth will be steady and social stability will be maintained,” said Xu Gao, chief economist at Everbright Securities in Beijing.

A relaxation of the household registration system, or hukou, which currently means that migrants leave behind the public services they are entitled to as resident of their home villages, will only gradually be expanded from smaller cities to bigger ones, analysts say. A more universal system is seen as critical if Beijing is to encourage more migration to urban areas.

But Beijing is attempting to overturn a social system in place since 1958, so change will take probably some years, they say.

Reforming state-owned companies will also take years, analysts say. The Communist Party signaled it was in no rush to break up the monopolies that dominate many sectors of the Chinese economy.

Instead, it appears to be targeting a slow squeeze on these companies, which analysts say probably reflects a more practical approach given the political power of the big state firms and the ministries that back them.

The Communist Party has raised the amount of profit the state-owned enterprises have to set aside for dividend payouts, will allow private firms to enter some protected business sectors and will allow markets to play a greater role in pricing assets, suggesting these bloated companies will have to become more efficient over time to cope with market forces.

The government has previously tried to open up sectors currently monopolised by state firms – such as oil and gas, banking, telecommunications, electricity, and transportation – to private investors, but with little success.

The reforms pledge to quicken the process of making the yuan fully convertible, but some government economists caution against high expectation amid fears among some policymakers that allowing the currency to move freely too quickly could expose the economy to volatile capital flows, such as the ones blamed on the U.S. Federal Reserve‘s economic stimulus program.

The central bank has pledged to make the yuan “basically convertible” by 2015 but it has never given a clear definition of what that means.

Still, Beijing can not be too cautious, said Zhu Baoliang, chief economist at State Information Centre, a top government think-tank in Beijing.

“They may have to quicken reforms in all fronts, otherwise they may not achieve the tasks by 2020,” Zhu said.

The team leading reform is likely to be more powerful than the State Commission for Restructuring the Economy, which was responsible for drawing up a reform blueprint that led to the shutdown of thousands of inefficient state-owned firms and the loss of millions of jobs in the 1990s.

A top party official could head the team, they said. Some speculate that Premier Li Keqiang could take charge, while others pointed to Han Zheng, Shanghai’s party chief.

Eventually, Beijing may have to deal with the thorniest issue.

“Over the longer term, both central and local governments will have to downsized and they will no longer need so many people,” said Xu at CCIEE.