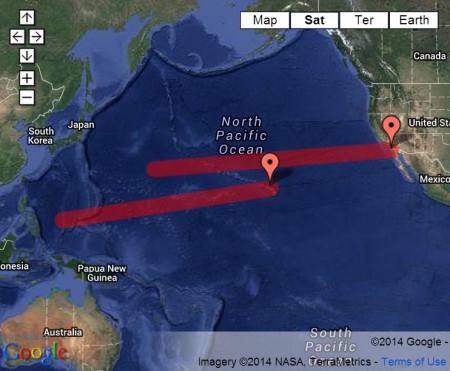 China is set to deploy submarines sometime this year armed with nuclear tipped missiles capable of striking Alaska or Hawaii, according to a January assessment from the Office of Naval Intelligence (ONI).

“With a range in excess of 4000 [nautical miles], the JL-2 submarine launched ballistic missile (SLBM), will enable the JIN to strike Hawaii, Alaska and possibly western portions of CONUS from East Asian waters.”

The Jin, or Type 94, submarines are a developmental leap over the older Type 92 Xia-class submarines armed with the much less capable JL-1 SLBM.

The Jins – 11,000 tons fully submerged – will be the PLAN’s first bid to create a credible sea-based nuclear deterrent to operate with China’s land based nuclear ballistic missiles.

“The three JIN [ballistic missile submarines] currently in service would be insufficient to maintain a constant at-sea presence for extended periods of time, but if the PLA Navy builds five units as some sources suggest, a continuous peacetime presence may become a viable option for the PLAN,”

Karotkin said in written testimony to the commission.

The missile has been under development by the Chinese for more than a decade.

If China plans for five or six of the Jin-class submarines, it’s likely to mimic the nuclear deterrent ability of smaller Western nations like the U.K. and France, Eric Wertheim, author of Naval Institute’s Guide to Combat Fleets of the World told USNI News on Tuesday.

“They want to get more on par with Western countries,”

As part of creating a deterrent patrol, the PLAN has accelerated submarine operations, according to the ONI statement.

Karotkin said in his testimony.

It’s unclear when this year the first patrol will occur.

Like Loading...
‹ US tells China to adjust its territorial claims in the South China Sea in accordance with international law, or prove the claims
Hong Kong: Wartime bomb forces mass evacuations ›