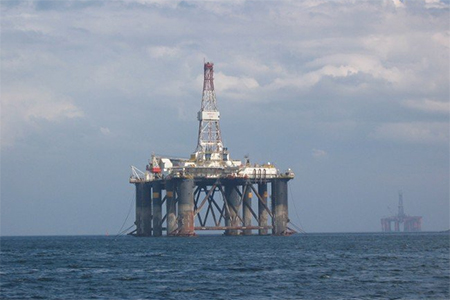 The dispute is over the hotly contested South China Sea, in which several different countries claim different degrees of economic and territorial sovereignty. On May 2 China deployed an oil drilling platform or oil rig to the South China Sea, escorted by several naval ships and fighter jets. The purpose of the expedition was to search for areas in which to drill for oil. The rig is owned by the China National Offshore Oil Corporation, and is now anchored not far east from Vietnamese territory of Ly Son Island. Chinese experts say this $1 billion rig will likely find a gas field after surveys determined the area a spot for anchoring. Vietnam currently is drilling two fields west of the Chinese rig. In these two fields, Exxon Mobil declared oil and gas present in 2011-2012.

The South China Sea is in the middle of a handful of Southeast Asian countries, and apparently contains a multitude of natural resources used by these nations to sustain their livelihood, including fishing grounds. China lays claim to an area defined by their “nine-dash-line” which extends south and east through the South China Sea. The line juts up against the countries of Vietnam, Malaysia, Brunei, and the Philippines.

The nine-dash-line was detailed in a map released in 1947 by China, claiming ancient historical sovereignty over the Paracel and Spratly island chains and atolls which fall within its nine-dash-line. Other countries such as Vietnam and the Philippines claim China is violating the United Nations Convention on the Law of the Sea (UNCLOS). The UNCLOS Exclusive Economic Zone ends China’s sovereignty with just a few islands of the Paracel Island chain.

The deployment of China’s oil rig in May sparked anti-Chinese protests in Vietnam, claiming acts of war on China’s part and breaking international law. These protests led to riots on Sunday in which Vietnamese protesters caused damage to buildings deemed to be owned by China and injured 100 Chinese citizens. China responded by evacuating 290 citizens from Vietnam. Another 7,000 approximately are due to exit the country this week. The Foreign Ministry of China confirmed two deaths of Chinese citizens during the riots in Vietnam as of May 16.

Although these apparent acts of war caused by China and Vietnam’s dispute over the nine-dash-line and the UNCLOS Exclusive Economic Zone, China claims it is Vietnam breaking international law. “Vietnam is creating tension and violating international law,” stated during a daily briefing Tuesday by a spokesman for the Chinese Foreign Ministry. “Vietnam continues to conduct ramming activities.” These tensions are occurring alongside other territorial disputes between China and other Pacific Asian countries, including a dispute with Japan over uninhabited islands in the East China Sea.