China: Beijing to enforce use of clean coal in anti-pollution drive 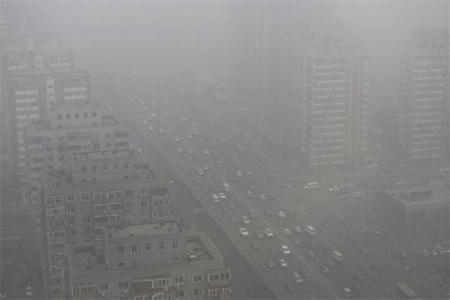 Cars drive on the Three Ring Road amid the heavy haze in Beijing February 26, 2014

China‘s capital city, Beijing, will enforce the use of cleaner low-sulphur coal from August 1st in a bid to tackle the soaring levels of air pollution that frequently clog the country’s major cities, the official Xinhua media agency said on Saturday.

This is the first time China has enforced the use of low-sulphur coal across all industries to tackle pollution.

Air quality in cities is of increasing concern to China’s stability-obsessed leaders, anxious to douse potential unrest as a more affluent urban population turns against a growth-at-all-costs economic model that has poisoned much of the country’s air, water and soil.

A Xinhua editorial earlier on Saturday called for China’s population to “rein in their craze” for excessive consumption to help solve the country’s growing environmental issues.

Beijing has previously established an array of laws and rules to battle the environmental consequences of three decades of unchecked growth, but weak monitoring and punishment make it tough to get powerful industrial interests to comply.

Source: Reuters “Beijing to enforce use of clean coal in anti-pollution drive”