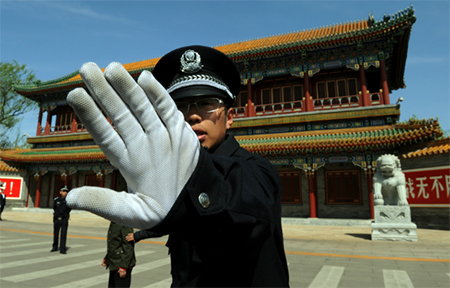 1. China has always asserted that its nine-dashed-line claim is based on international law. Thus, in the 2002 ASEAN-China Declaration of Conduct, China agreed that the maritime disputes in the South China Sea shall be resolved “in accordance with universally recognised principles of international law, including the 1982 UN Convention on the Law of the Sea.” There is no mention whatsoever in the 2002 ASEAN-China Declaration of Conduct that “historical facts”shall also be a basis in resolving the maritime disputes.

2. After the Philippines filed in January 2013 its arbitration case against China before an international tribunal, invoking UNCLOS to protect the Exclusive Economic Zone of the Philippines, China stressed “historical facts” as another basis for its maritime claims in the South China Sea. China’s mantra now states that China’s nine-dashed line claim is based, in the words of Chinese Foreign Minister Wang Yi, on “historical facts and international law.”

3. General Fang Fenghui, Chief of Staff of the People’s Liberation Army, recently declared during his visit to the United States, “Territory passed down by previous Chinese generations to the present one will not be forgotten or sacrificed.” Chinese diplomats now declare that they will not give one inch of territory that their ancestors bequeathed to them. Two weeks ago, during the Shangri-La Dialogue in Singapore, China’s spokesperson, former deputy Foreign Minister Fu Ying, declared that the islands in the South China Sea were “first discovered by China hundreds of years before they were occupied by Japan during World War II.” Fu Ying stressed that “China has a very clear claim to these islands,” without, however, giving any specifics.

4. Chinese leaders and Chinese citizens who entered school after 1947, the year the nine-dashed line map was drawn, have been taught that China has historical rights to the South China Sea. This is of course false and merely constitutes state propaganda, but unfortunately the Chinese people now believe in this propaganda as “historical facts.”

5. There are, of course, Chinese scholars who realise that China’s nine-dashed line claim cannot stand impartial scrutiny based on actual historical facts. Professor Jin Canrong of Renmin University in Beijing, who attended the Shangri-La Dialogue in Singapore, said that China should be given more time to clarify its nine-dashed line claim because if it clarifies its claim now, it will face domestic political pressure. Prof. Jin said, “Give China some time, it will change its stance in the future.”

7. Historical facts, even if true, relating to discovery and exploration in the Age of Discovery (early 15th century until the 17th century) or even earlier, have no bearing whatsoever in the resolution of maritime disputes under UNCLOS. Neither Spain nor Portugal can ever revive their 15th century claims to ownership of all the oceans and seas of our planet, despite the 1481 Papal Bull confirming the division of the then undiscovered world between Spain and Portugal. The sea voyages of the Chinese Imperial Admiral Zheng He, from 1405-1433, can never be the basis of any claim to the South China Sea. Neither can historical names serve as basis for claiming the oceans and seas.

8. The South China Sea was not even named by the Chinese but by European navigators and cartographers. The Song and Ming Dynasties called the South China Sea the “Giao Chi Sea,” and the Qing Dynasty, the Republic of China as well as the People’s Republic of China call it the “South Sea” without the word “China.” India cannot claim the Indian Ocean, and Mexico cannot claim the Gulf of Mexico, in the same way that the Philippines cannot claim the Philippine Sea, just because historically these bodies of water have been named after these countries.

9. Neither can ancient conquests be invoked under international law to claim territories. Greece cannot claim Egypt, Iran, Turkey and the land stretching up to Pakistan just because Alexander the Great conquered that part of the world from 334-323 BC. Neither can Mongolia claim China just because Genghis Khan and Kublai Khan conquered China, with Kublai Khan founding the Yuan Dynasty that ruled China from 1271 to 1368 AD. Neither can Italy claim the land conquered and ruled by the Roman Empire from 27 BC to 476 AD, stretching from Europe to the Middle East.

10. Under international law, as held in the famous 1928 Island of Palmas case between the United States as the colonial power in the Philippines and the Netherlands as the colonial power in Indonesia (Permanent Court of Arbitration 1928), a state cannot maintain title to territory based on discovery alone where subsequent to such discovery another state has shown “continuous and peaceful display of territorial sovereignty” over the same territory. While mere discovery may have been sufficient to acquire valid title to territory in the 16th century, the continued validity of such title over the centuries requires compliance with new conditions required by evolving international law for the acquisition of such title. Besides, since the time of decolonisation after World War II, the consent of the people in the disputed territory is now paramount to any territorial claim as embodied in the right to self-determination of nations that were conquered and colonised by other states.

Like Loading...
‹ China’s aircraft carrier has fatal weakness – vulnerable if too far away from China
Philippines gives long jail terms to 12 Chinese fishermen for fishing illegally in South China Sea ›