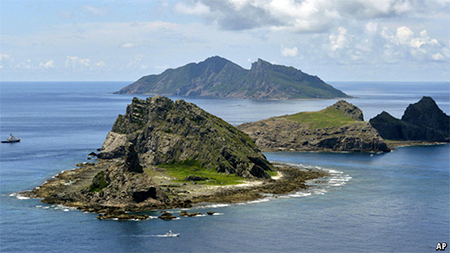 In order to secure a meeting with Chinese President Xi Jinping, Japanese Premier Shinzo Abe agreed to a significant concession in Tokyo’s ongoing dispute with China over the Senkaku Islands, according to Japanese media outlets.

As Shannon noted earlier today on China Power, Japanese officials now expect there to be a brief meeting between Chinese President Xi Jinping and Japanese Premier Shinzo Abe during next month’s Asia-Pacific Economic Cooperation (APEC) meeting in Beijing. The meeting would be the first between the two heads of state since they took their current positions. It comes after a prolonged Japanese charm offensive towards China, which resulted in extensive behind-the-scenes negotiations aimed at securing a heads of state meeting at APEC.

The meeting, which Japanese officials acknowledged would be more symbolic than substantive, did not come cheaply for Japan. Indeed, if Japanese media reports are accurate, Tokyo appears to have caved on the major issue that prevented a heads-of-state meeting to date.

On Thursday, Mainichi reported that Japan made a three-prong proposal to China in order to secure the meeting between the two heads of states next month. According to the report, which cited “Japanese government sources,” Japan proposed that during his meeting with Xi, Abe would first reassert that the Senkaku Islands are an inherent part of Japanese territory, but then “acknowledge that China has a case as well” to the islands. He would then propose that China and Japan seek to settle the issue through mutual dialogue over time. None of this would be included in a joint statement or any other documents officially released after the summit meeting.

Still, if the report is accurate, Abe’s acknowledgement that a territorial dispute exists and proposal to settle the issue through mutual dialogue represent huge concessions to long-standing Chinese demands.

China’s main precondition for agreeing to a heads of state meeting between President Xi and Prime Minister Abe has long been Japan’s acknowledgement that the territorial dispute exists. As Kyodo reported in June 2013, “Even after the change of government last December with the inauguration of the administration of Prime Minister Shinzo Abe, China has continued to call for Japan to acknowledge that a territorial dispute exists as a precondition for holding a summit.” That same report noted that Japan had refused to do this, and thus that a leadership summit appeared unlikely for the foreseeable future.

The two sides also publicly fought over the issue during the UN General Assembly meeting in September of last year. First, Chinese Foreign Minister Wang Yi said at a think tank speech before the UNGA opened that China was willing to reopen dialogue with Japan, but first “Japan needs to recognize that there is such a dispute. The whole world knows that there is a dispute.”

Prime Minister Abe appeared to respond to Wang in a press conference following his appearance at the UN summit. “Senkaku is an inherent part of the territory of Japan in light of historical facts and based upon international law, and the islands are under the valid control of Japan,” Abe said at the press conference. While Tokyo would not escalate the situation and wanted to open dialogue with China to avoid an armed conflict, Abe insisted that “Japan would not make a concession on our territorial sovereignty.”

Some in China are already taking the concession as a sign of Japanese weakness. Specifically, the Global Times quoted  Yang Bojiang, director of Japanese studies at the China Institutes of Contemporary International Relations, as saying: “Abe is under economic pressure to resume talks with China and advance the bilateral relationship, so he has to show the world his willingness to talk.”