China’s real GDP growth rate plummets to 1.7 percent, not the 7.4 percent reported by the government 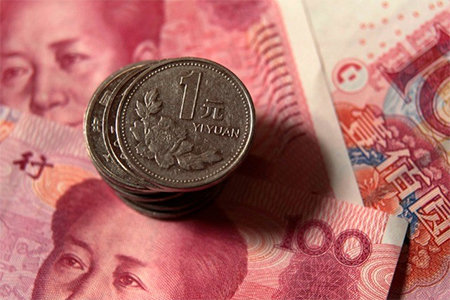 According Choyleva, “Dire data out of China are competing head-on with the Greek political drama as the most destabilising factor for the global economy and financial markets.”

Lombard Street calculates that in 2014, real annual GDP growth averaged 4.4 percent, versus the official government rate of 7.3 percent. But what is more foreboding for the Middle Kingdom is that they see economic growth sequentially collapsing. Choyleva estimates that China’s third quarter fell to 4 percent and fourth quarter growth plummeted to 1.7 percent.

Lombard Street was the first to understand that the Chinese government responded to the 2008 to 2009 financial crisis with a monetary stimulus that, adjusted for the size of economy, was twice as big as the U.S. stimulus and was injected twice as fast. The result was an epic economic boom in Chinese exports, real estate prices, and wage rates. For commodity-based economies, China’s demand created a boom that drove the commodity price index—including energy, materials, food, and raw materials—up by 50 percent.

While most analysts were praising China as an “economic miracle,” Choyleva warned 18 months ago that China was already in an economic “hard landing.” She argued China’s artificially driven “success” came at the cost of rising labor and manufacturing costs. With higher China costs being the “new normal,” multi-national corporations began skipping the Middle Kingdom for cheaper pastures such as Malaysia and Vietnam.

Lombard’s contrarian conclusions have been confirmed by UniGroup Relocation, which each year moves over 260,000 expat families worldwide for work. UniGroup found that in 2014, twice as many foreign nationals moved out of China than into the country. Steve Lewis, Managing Director of UniGroup Relocation Asia Pacific told the WSJ, “We have done some mass moves into Malaysia from China as certain people choose to do research and development and manufacturing there.”

With China running out of gas, and commodity prices that peaked in 2011 and 2012, the International Monetary Fund (IMF) reported the orderly decline became a rout in 2014 as the commodity price index tumbled by 29.2 percent, led by energy prices down 39.0 percent, and iron ore prices down 49 percent.

As commodity prices have fallen on lower demand, China has been making the world suffer its problems by exporting deflation for the last 32 months. With the 28-nation European Union as its biggest export market, cheaper prices allowed China to increase EU exports by 17.0 percent. Surging Chinese imports caused the EU to enter deflation as prices fell by 0.1 percent in 2014. The pace of damage is accelerating as 16 EU members experienced annual declines in consumer prices in December, up from 4 in November.

After crushing their customer’s economies with deflation, China’s exports fell by 3.3 percent last year. But during the same period, China’s imports tanked by a stunning 19.9 percent.

Lombard Street warns “China is beset by the largest capital outflows on record, which are tightening domestic monetary conditions, while industrial profits have stagnated for an unprecedented third straight year.” From a second highest capital inflow of $94 billion in the first quarter of 2014, the fourth quarter saw an all-time-record outflow of $95 billion as foreigners and locals desperately tried to get their cash out of China.

Lombard Street blames Beijing’s monetary stimulus, causing a 70 percent debt build-up to finance the national investment boom in new factories and housing. But the surge in spending also forced wages up to the point China is no longer competitive.

Diana Choyleva believes that China’s currency is overvalued by 15-25 percent. “An expensive currency in a world of weak demand makes it impossible for China to rebalance its economy without a collapse.” She believes that China’s “only viable option” is to sell a substantial amount of its $1.3 trillion in U.S. Treasury Bond holdings to drive U.S. interest rates up. The action would strengthen the dollar and devalue the Chinese yuan.

With a growth rate under 5 percent, China is suffering a big spike in unemployment and corporate borrowing defaults. Although a big Chinese government-sponsored devaluation would resolve the crisis, such an action would destroy jobs in the U.S. and risk the outbreak of retaliatory tariffs. In the 1930s, Britain and the United States got into a trade war and plunged the world into a deflationary depression.

Like Loading...
‹ India will not hesitate to use naval power to protect economic interest in South China Sea
Prelude to Conflict: Asia, March 23, 2015 ›