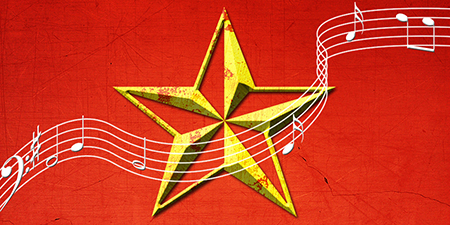 The conflict is already here. As it seems, China always planned to invade Taiwan and upset the teetering Pacific balance. Myanmar and India won’t have any more. Declassified notes (last week) suggest China was lying about their intentions with Hong Kong since 1958 and Thatcher knew this in her confidential talks with Beijing in the 1980’s.

The “economic” rout to taking over Taiwan seems only a way to bide time so that Beijing’s military could grow stronger and, thus, their invasion would be more likely to succeed. Economics were never a “first option”, but only a ploy.

Analysts who buy into to the “by fore if necessary” rhetoric could say that China’s “economic option” (AKA a ‘hostile takeover’) with Taiwan was “wishful thinking” or an “either way” approach. Through economic ties, so it could be said, Beijing could cripple Taiwan before the invasion. Thus, Taiwan could always cave, “but if not,” Beijing would be in a better position. The problem with this speculation, however, is that Beijing’s actions were always provocative.

The “if” in “by force if necessary” was a small “if”. Beijing was never polite enough to make Taiwan want to come willingly. Beijing made sure of that in their public response to Hong Kong’s Umbrella movement. Beijing, so it seems, always hoped that Taiwan would resist so the old Chinese autocrats would have the excuse they need to use military force to show off their power.

A wannabe should never flex his muscles in public, lest the world see how weak he is. But, wannabes don’t know this. China has been itching to flex its adolescent muscles for eons. The writing is on the wall. China’s evidential policy since the Chairman Mao Communist Party’s beginning was never “by force if necessary,” but “by force, and we’ll make it necessary.”

China won’t like being chased out of the convenient shadows created by Chinese culture’s geriatric corruption anymore than Taiwan’s KMT will. The KMT is too feckless to hit back; Beijing, however, is too “young and dumb” to resist the urge.

The Prelude to Conflict is over. We’re already there. So commences, the Cadence, next week.

…Not the best response from ASEAN, but it doesn’t matter, with India in the game.

…Indicating two things: 1. They know they have a problem, 2. during mid conflict, their alliances and enmity could swiftly change either way.

Fighting the Water Giant: Lawsuits against Veolia in China

…A good look at the environmental and corruption problems in China.

What Israel Can Teach Taiwan

The Coming Pressure on the DPP

…The best article to summarize the problem: Pandering to China feeds the monster, Washington is “stuck on stupid”

…And how she responded.

Ex-US official out of order: DPP

…Tainan DPP Mayor William Lai is tearing down statues of Chiang Kai-shek, supposedly for being a tyrant who killed thousands, and Taiwan’s KMT-Nationalist party is not happy.

The Big Bad Blue Lying Machine is Back

..Good look at Taiwan’s internal politics and having to deal with the US

High-Tech Waste Out of Control

…In-depth look at Taiwan’s corruption, how old-school Chinese are good at making numbers lie, old school “friends of KMT era” companies getting away with “feces”, and Tainan City (Mayor William Lai) prosecutors willing to stand up to nation-wide corruption. This raises questions of whether someone wanted to harm the drinking water all along because so much contributed to just that.

Like Loading...
‹ China’s real GDP growth rate plummets to 1.7 percent, not the 7.4 percent reported by the government
China can’t be contained; it has to be accommodated ›