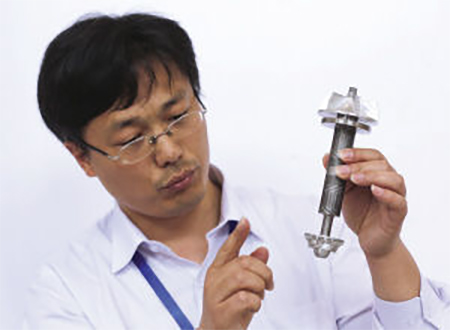 The following is based on a translation from Chinese media:

The device involves top advanced technology which has been withheld from China by the rest of the world.

It has taken Chinese researchers four years of hard work to make the equipment with the support of various government agencies.

This is done using a compressor resembling a jet engine in both appearance and principle.

It is commonly used as a fuel in rocket engines.

Source: mil.huanqiu.com “China succeeds in making on its own 10,000 W grade liquid hydrogen temperature zone low temperature refrigeration equipment” (summary by Chan Kai Yee based on the report in Chinese)