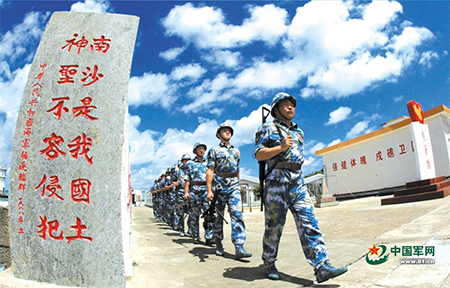 The following is based on a translation of a report in Chinese media:

A report in mil.huanqiu.com titled”Yongshu Reef (Fiery Cross Reef) will be China’s foothold in Nansha (Spratly) for counterblow at US, Philippine and others’ provocation” has stressed the Chinese government‘s commitment to the military use of an artificial island in the South China Sea at Fiery Cross Reef.

The Chinese on the stone tablet in the first photo reads “Nansha (Spratly) is our country’s sacred territory that allows no infringement.”

That in the second reads “Yongshu Reef (Fiery Cross Reef)”

The third reads “Nansha Islands of the People’s Republic of China,” “Yongshu Reef” and “Tablet established by Hainan provincial people’s government in May 2000”

The report says that, according to foreign media based on the measuring of satellite photo, the island must have an area of 8 square kilometres.

The report also says that as foreign media tends to exaggerate, it cannot determine whether the figure is reliable.

The report says the new artificial island is much smaller than the one completed on June 14. China has not published the size of the new island.

The report continues that China is capable of finishing the land reclamation project before Washington is able to organise diplomatic and military pressure to stop the project.

The rhythm is nearly “perfect”. It is much better than carrying on the operation while being subjected to US air and sea provocations.

The report talks much about China’s peaceful intention and desire to resolve the maritime territory disputes peacefully for mutual benefits.

It says, “the islands built on the reefs are not to be used as military outposts in the South China Sea.”

The report concludes that, with such large islands, China will have military superiority whenever it is necessary for it to militarise the islands. 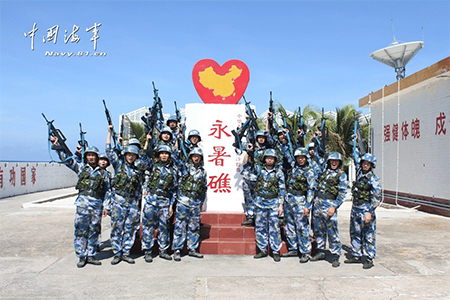 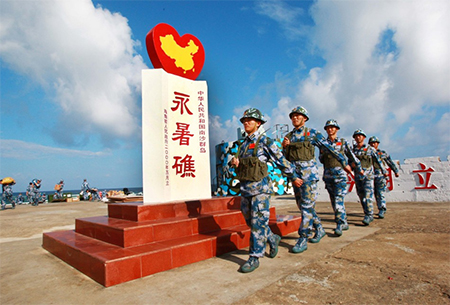 Source: mil.huanqiu.com “Yongshu Reef (Fiery Cross Reef) will be China’s foothold in Nansha for counterblow at US, Philippine and others’ provocation” (summary by Chan Kai Yee based on the report in Chinese)

Like Loading...
‹ The Iran scam worsens: the North Korea – China connection
Why the bear is back in Vietnam – Russia assisting Vietnam in South China Sea dispute ›