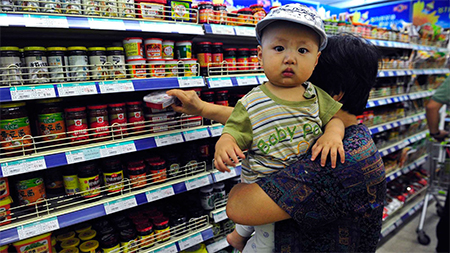 Foreign companies have long known that China’s economic slowdown—now upon us—could hit their earnings hard. They just didn’t expect they’d be hit by changing consumer buying habits and a rise in Chinese competitors at the same time.

Suddenly, foreign brands are finding it a lot harder to convince consumers in the world’s most populous country to part with their cash.

The net result has been a string of miserable earnings reports, company reorganisations, and cost-cutting announcements in recent weeks, particularly for the world’s biggest luxury and auto brands.

Italian luxury goods maker Prada reported a 44% drop in net profit to €59 million ($67 million) for the three months through April, well below expectations of €85 million. Executives pointed to weakness in mainland China and a drop in the number of shoppers heading to Hong Kong and Macau as a major driver for Prada’s poor performance, and warned that it is a trend showing “no signs of abating.”

Luxury companies have long charged mainland Chinese shoppers a premium of between 25% and 40% (paywall) compared to other markets, for the simple fact that consumers were willing to pay inflated prices for status symbols. Some of those companies are now slashing prices to keep consumers interested.

Auto makers are suffering too. Last week, BMW reported its first monthly year-on-year drop in sales in China, its largest market, in a decade. Earlier this year executives said they were surprised by the speed of China’s slowdown. Jaguar Land Rover’s profit fell 33% in the first quarter and this was also, it said, thanks to a China slowdown. The steepest drop in two years pushed the company to appoint a new China sales boss from Porsche to turn things around.

It has been no secret that the Chinese economy has been slowing in recent years, and a corruption crackdown has squeezed high-end spenders in particular. But an economy still growing at around 7% shouldn’t create the kinds of sales drop-offs reported by some Western brands, and the fact that many of these earnings drops were surprises for analysts and investors shows just how difficult some Western companies are finding the Chinese market to navigate.

Better domestic competition is part of the issue. The quality of Chinese brands is improving, as are their marketing chops (paywall) and domestic brands often predict Chinese consumers’ changing desires better than foreign brands can. In fact, some of the fastest-growing luxury brands in the world are now Chinese companies like jewelers Lao Feng Xiang and Chow Sang Sang.

Chinese consumer habits are another. Unilever, which owns brands from Dove soap to Magnum ice creams, saw sales in China fall 20% in the fourth quarter last year. Nestlé has been burning the coffee it couldn’t sell in China, according to the Wall Street Journal (paywall).

Unilever’s chief financial officer Jean-Marc Huët told the newspaper that it had failed to anticipate how quickly and thoroughly Chinese consumers would make the switch to buying online. Putting it bluntly, he said Western consumer goods companies were just “too slow to react to the changes in the marketplace.”

Source: Quartz – Western companies are being forced to figure China out all over again

Like Loading...
‹ China says its new aircraft engine is better than the Russian one it was copied from
Cadence of Conflict: Asia, June 29, 2015 ›