Home › Finance & Economy › The one thing holding back China’s yuan

The one thing holding back China’s yuan 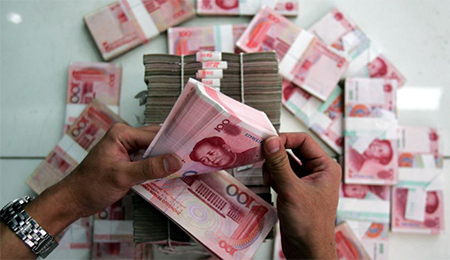 While China may be the world’s second largest economy, the future of the yuan playing a bigger role in international markets is clouded by politics.

Earlier this fall, the IMF postponed a scheduled update of the designated basket of reserve currencies, a basket that is used by member countries for Special Drawing Rights (SDR). Though SDR’s, a form of borrowing for purposes of currency stabilisation, are part of the arcane mechanism of international currency transactions, this was big news.

It was seen as a rebuff of China in the wake of last summer’s intervention in the Shanghai Stock Exchange and devaluation of the Chinese Yuan. However, being a reserve currency is both more and less than meets the eye.

The ostensible reason for the IMF inaction was to “ensure the smooth functioning of SDR-related operations,” and to respond to SDR users feedback on the timing of any changes. This is a bit disingenuous as a continuation of the current four currencies; the US dollar, Japanese Yen, Euro, and UK Pound Sterling, would not have caused disruption. Clearly it is all about the yuan. At a time when the yuan’s value and liquidity were uncertain, a postponement until the dust settled was prudent.

The IMF ostensibly has an objective process for being designated a reserve currency. The first criterion is based on the volume of international transactions cleared in the currency. The IMF specifies that currencies qualifying are those “issued by members or currency unions that play a central role in the global economy.” The yuan is fourth among currencies used in transactions at 2.8% (August 2015). Thus, there is no doubt on this basis it qualifies.

The second is that currencies must be “freely usable.” While there are clarifying statements in the IMF Charter, they are subject to interpretation. Herein is the crux of the debate. To be part of the market basket of currencies, each currency has to be useful to those who borrow SDR’s to stabilise fluctuations in their own currency. A country with a fixed, managed float or freely floating exchange rate may qualify as may one with limited capital controls. It is clear that some currencies do not meet the definition, but the dividing line between those that are “freely usable” and those that are not is fuzzy at best.

This is a difficult nut to crack objectively because the designation of “reserve currency,” changes the demand for that currency. As well, not being a reserve currency might be a disincentive for holding the same currency. One can argue whether the data on the current and future demand for the yuan as a useful currency for members’ foreign exchange portfolios support inclusion or not, but in the end the discussion is based on political perspective as much as economic evidence.

The consequence of designating the yuan as a reserve currency if in fact it does not ex-post meet the criteria of “freely usable” is that once in, removal is difficult. If countries do not want to hold the yuan due to concerns about its liquidity or concerns about its future value, then its presence in the basket of currencies (one has to take the entire basket) will make SDR’s a less efficient mechanism for providing liquidity in the event of an exchange crisis. However, the yuan’s percentage of the basket will be relatively small and this efficiency cost might be negligible.

In December, the IMF will make a leap of faith and decide that either because China has trading relations with most countries, has a large economy, and is a major trading economy, having the Chinese yuan as a small part of the basket would be a good thing, or that the conditions are not yet ripe for the yuan to be in the SDR basket of reserve currencies. Either choice currently has political implications, and as the Chinese-sponsored Asian Insfrastructure Investment Bank demonstrated, implications for the institutional framework for international exchange.

Alternatively, the IMF could cut the Gordian Knot with a mechanism to decide changes in the basket of currencies by having an SDR1, which maintains the old basket, perhaps with changes in the percentages based on some criteria, and an SDR2, which includes some new currency(ies). The first SDR2 basket would contain the yuan. These baskets can run parallel for a set period of time. Based on the preferences of countries using SDR’s, SDR2 would, if better than SDR1, replace SDR1 de facto.

At the next periodic evaluation, the more popular of SDR1 and SDR2 would then become SDR1 and the environment of the day would determine if a new SDR2 be created. Such a mechanism would take the politics out of reserve currency determination and let the market decide the basket. The current geopolitical manoeuvring to enhance or diminish the prestige and economic power of one country in favor of another would not enter the equation. The IMF ought to be as apolitical as possible, and a reform of the SDR is an obvious step in that direction.

Source: Fortune – The one thing holding back China’s yuan

Like Loading...
‹ Canada’s Miss World entry claims China is trying to block her from final
Indonesia says could take China to court over South China Sea ›