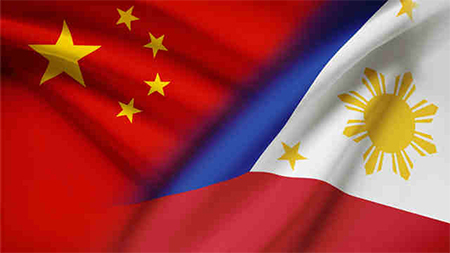 As the two possible ‘Joint Development Areas’ — “off Triton Island in the Paracels” and “Reed Bank off Philippine Palawan” [Note 1] — have almost been out of the minds of both the analysts and general public of the Philippines, a failure to revive the Manila–Beijing relation after the May 9 presidential election would jeopardize the economic co-operation not just between the two states but also between China and the 10-state ASEAN.

Although Manila has been engaging Washington back into Southeast Asia successfully by re-opening the Subic Bay, Donald Trump’s recent remarks that South Korea, Japan and NATO should pay more for the American protection sounded astonishing.

Trump may be unable to win the presidency but he, like the boy in the fairy tale “The Emperor’s new clothes”, has somehow voiced out the problem that the alliance “costs too much money” to the United States: “We can’t be the policeman to the world and have $19 trillion in debt, going up to $21 trillion … Either they pay up, including the past deficiencies, or they have to get out” [Note 2].

Anyone serving as the US President has to deal with this issue eventually. In other words, a significant portion of the monies earned by the Filipinos from under the sea may end up in the pocket of the US troops, rather than for domestic livelihood.

Endless island disputes instead of joint developments in this region will definitely drive away not just Chinese but also global investments. Beijing’s recent success of having the ‘16+1’ platform finalized for teaming with sixteen Central-Eastern European (CEE) counties [Note 3], among which many are EU and NATO members, means that the first stage of the Silk Road network crossing over Asia, Africa and Europe has been completed.

Unproductive spats for the islands in South China Sea will simply force Beijing to abandon the ASEAN, leaving the stand-off as what it is forever, and turn to focus on cultivating benefits from the westbound ‘One Belt One Road’ mega project.

A quick look at the Philippines’ history reveals that whereas Japan came as an invader with no mercy, and the Americans came as a coloniser initially and as a controller behind Ferdinand Marcos (president 1965-86) subsequently, China simply came as a trader. If Manila chooses to negotiate with Beijing, it will be a win-win deal between two sovereign states, thus fostering the growth of the ASEAN region. Alternatively, reliance on Japan and the U.S. (who come without free lunch) to stand against China will put the country at risk of being degraded (and viewed by the world) as a tool or vanguard for containing China.

As Malcolm Turnbull (Australia PM Sep 2015- ) has been working hard on enhancing the economic ties with China, ranging from bringing the ‘China-Australia Free Trade Agreement’ in effect in December 2015 to paying a state visit to China in April with a “softer” approach toward the bilateral relationship [Note 4], Manila’s next tactical move will determine not just its own but also the whole ASEAN’s growth in the coming decade.