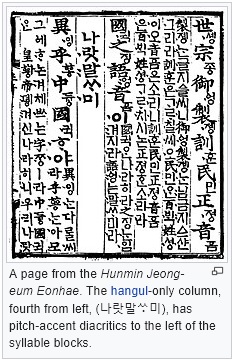 Trump confirmed personally that he would be meeting Kim Jong-un in May or early June. As I have said many times in the past three years, the United States has “no other choice but talk”.

Therefore, it was Pyongyang to determine ‘when’, that is, after the nuclear and long-range missile tests have reached certain functional level so much so that they can be powerful enough to become bargaining chips for ‘denuclearization’.

While the low-grade analysts are still foolishly pondering or struggling to understand how Beijing and Pyongyang ‘worked’ and ‘would work’ together, or how the denuclearization may proceed, let us move ahead of them to go into the next agenda item.

It can be viewed as two sides of a coin. From the Western perspective, it is the future of the Seoul-Washington relationship. From the Chinese vantage point, it is about the China-Korea reintegration.

The Chinese and Korean civilizations were closely connected in the past 1,800 years. From language and literature, clothing, chopsticks, to seniority culture, government structure … you can trace their similarities to the ancient times.

Such a connection degraded during the Japanese colonial rule (1910-45), and the divergence accelerated after WWII in the wake of the arrival of the American influence.

However, the Korean experience of living with the American influence was not that pleasant, bearing in mind the Park Chung-hee administration (1963-79) in particular. As one of the reasons why President Moon Jae-in moved closer to North Korea is that Trump is unreliable in defending South Korea, the Seoul-Washington relationship would probably turn sour.

The Beijing-Korea relation will instead become closer to the extent that it could be a sort of ‘re-integration’ (some more updates in future). Now, it is too early to tell how good it could be, but I am sure Beijing will work very very hard because it is a significant move to counteract Washington’s Indo-Pacific policy.