Home › Politics & Law › Businesses don’t like it, but the Australian government is dead right about China

Businesses don’t like it, but the Australian government is dead right about China 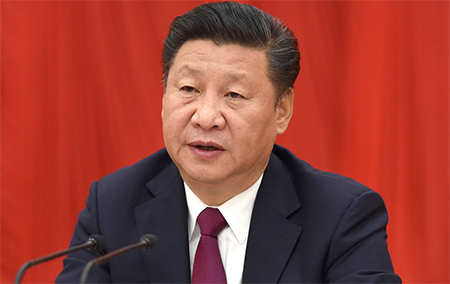 Business and China Lobbyists can jump up and down, but the government has handled the aggressive and brutal Chinese dictatorship well.

The China Lobby has various groupings, and a strictly accurate China Lobby Watch should note which wing is behind which statements. Today, it’s the business wing pushing the pro-Beijing line.

The Financial Review‘s Jennifer Hewett — who we noted had attended a telco gathering as a guest of Chinese comms giant Huawei and happily peddled that company’s line of deeply aggrieved victimhood — is currently at the Boao Forum, as a guest of Twiggy Forrest.

Boao is China’s equivalent to the annual neoliberal circlejerk in Davos for the World Economic Forum. And, Hewett’s sad to report, business is very unhappy with the frosty relations between China and Australia, the lack of an Australian government presence at Boao, which may or may not relate to the fact that China is refusing entry by Australian ministers, and the lack of recent visits to the Middle Kingdom by Malcolm Turnbull or Julie Bishop.

At The Australian, Sarah-Jane Tasker who — surprise! — is also attending the Boao Forum as a guest of Forrest, channelled a similar line, with plenty of quotes from Twiggy’s CEO Elizabeth Gaines about how Australia was missing out due to its failure to participate in Beijing’s neo-colonialist One Belt, One Road initiative.

A number of other business luminaries were there to also lament our poor relationship with China, and — inevitably — chief China Lobbyist Bob Car, who complained “we have positioned ourselves as being the most adversarial to China of any of America’s allies.” Australia’s highest-taxing Treasurer, Peter Costello, was also in Boao to lament “the lack of ministerial contact does show the relationship is strained at the moment”.

Malcolm Turnbull confirmed all that today, admitting that there was “some tension” with China currently.

The important point, however, is that not merely is there tension, but there should be tension. China is a brutal, murderous dictatorship that is aggressively expansionist in its own region, brainwashes its young people into a kind of aggrieved Sinofascist narrative, and has regularly tried to interfere, usually unsuccessfully, in Australian politics. If you’re not tense about and toward China, then you’re not paying attention.

And the fact is the government has handled this correctly. Sure, there have been some stumbles along the way — the government’s ill-advised attempt to pass an extradition treaty with the Butchers of Beijing being the most prominent. But Turnbull and Bishop have adopted a correctly sceptical posture toward Beijing that supports Australia’s interests.

The fact that the China Lobby’s many wings — from business people to academics to former politicians to the Sinophiles in DFAT — don’t like this, merely reflects their own interest in pushing Beijing’s line. Whatever else Turnbull has buggered up, he has managed Australia’s relations with China entirely appropriately.

Source: Crikey – Businesses don’t like it, but Turnbull is dead right about China