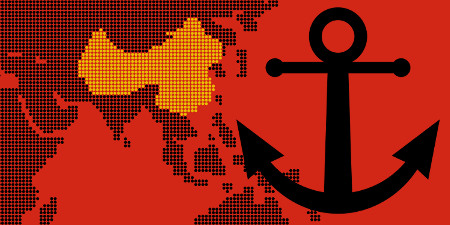 China is preparing for war. It has said so in public. It has demonstrated so with militarization of “Made in China” islands that didn’t exist a decade ago. It has shown intent by showing no sense of limits in cyber-warfare, technology acquisition, and oppression of the press. Facebook and Twitter users are only a “security threat” to those easily threatened.

Unlike China, the United States does not make a habit of announcing its newest military technology to the world. Whatever warfare breaks out between the US and China in the Western Pacific, China’s capabilities will have been known well in advance, but the US will likely employ weapons not yet known to the public. One needs no inside information to forecast as much, only a familiarity with the parts of history that tend to repeat.

But, we are not looking at WWIII, not yet. While the brewing conflict in the Western Pacific will likely involve many countries and islands, Russia is not yet ready for the big one. NATO’s presence in Europe is still too strong and Putin has not had enough time to amass his forces as he would like. Both Russia and the US would want things to quiet down rather quickly. Every effort from the White House to back away from conflicts with Russia suggests that a deal has already been struck with the Kremlin—that an expansionist campaign from China will not receive meaningful Russian help if squashed by the United States.

The question will concern how many Mainland China military supply installations Russia will allow the US to strike. But, if the US intervenes with Taiwan or razes the artificial islands on Mischief Reef, don’t expect China to receive backup from Russia. Moscow took Crimea with a favorable referendum and no bloodshed. The Kremlin would expect just as much success from Beijing in order to court respect and cooperation. Right now, things don’t look that way. 80% of Taiwanese rejecting reunification with China is a near flip to the support Russia received from Crimeans. Backroom Moscow secretly mocks Beijing, no matter how much money the Chinese pay them. Moscow would be fools if they didn’t.

In the supposed “Chinese invasion plans” for Taiwan, there are multiple phases, including opportunistic retaliation from India. But, those plans fail to anticipate retaliation from the insulted Vietnamese, who also hold a long-standing grudge against China. Then, there is the ancient ethnic spite between China and Japan. Mongolia also has border disputes. Tibet is not the only province that wants to break away. It is doubtful Sun Tzu would have advised an expansion campaign while surrounded by enemies, especially as a mere means of being respected.

It would take a miracle and a half to stay whatever makes the pluming smoke on the horizon of the last decade. But, it won’t last long. No one wants this to drag on. No, like “The Great War” (WWI) set the stage for WWII, the approaching war in the Pacific will set the stage for the big one that comes after.

World War 3: China ‘drawing up plans for wars with US and India’, warns expert | Express

China’s H-6K: The ‘Old’ Bomber That Could ‘Sink’ the U.S. Navy | National Interest

RIP F-22 and F-35: How Russia or China Could Shoot Down America’s Stealth Fighters | National Interest

Opinion: Watch these 3 areas to tell when China’s hard landing is near | MarketWatch

Reality Check: How safe is it to live in China? | BBC

Like Loading...
‹ China may replace Britain as the 2nd greatest global power soon: UK report
We shall never ever take sides: on the question of choosing between two monsters, China and United States ›