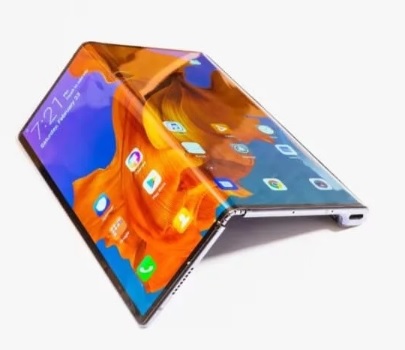 “Swiss mobile network operator, Sunrise, has confirmed that it will launch commercial 5G services in Switzerland this month (March 2019),” according to the UK-based Total Telecom’s news on March 1. “

At MWC 2019, Sunrise’s CEO, Olaf Swantee said that preparations for the launch were progressing well. Huawei is a key 5G supplier to Sunrise in Switzerland and will play a leading role in the rollout of services in the Swiss cantons.

‘With Huawei’s innovative 5G solution and global hands-on 5G deployment experience, we are strongly confident to provide best user experience to our customers and become the number 1 5G provider in Switzerland,’ Swantee said.

Britain also indicates they may not totally reject Huawei’s 5G.

According to Reuters on Feb 20, “…Britain is able to manage the security risks of using Huawei telecoms equipment and has not seen any evidence of malicious activity by the company, a senior official said on Wednesday, pushing back against U.S. allegations of Chinese state spying.

Ciaran Martin, head of Britain’s National Cyber Security Centre (NCSC), said Britain had yet to decide on its security policy for national 5G networks, but that Huawei equipment was subject to detailed oversight and strict government controls over where it was used …”

In another English-speaking nation, “South African carrier Rain launched what it claims to be the first commercial 5G network in South Africa in partnership with Chinese vendor Huawei … For the commercial 5G launch, Huawei provided its end-to-end 5G solutions and Rain used its spectrum in the 3.6 GHz band…” RCR Wireless reported on Feb 28.

All these, despite a few allies’ echoes to the American warning against Huawei, are signs that Washington may feel embarrassed that not all the cross-Atlantic friends join the boycott-Huawei camp.

The case of Switzerland deserves further and deeper thought, although it is not a surprise as we are living in a multi-polar political world. Oxford Professor Hedley Bull, the founder of the ‘English School’ of International Relations (other than Realism, Liberal Universalism, etc) with his thoughts on the concept of ‘International Society’, said the following in his 1980 lecture on ‘The European International Order’:

“… When we come to trace the transition from a European to a global international order the central theme will be the decline of this dominance (by Europe and its states-system during the colonial era). The decline on which we need to focus our attention, I believe, is not that of the Powers geographically situated in Europe in relation to the United States and the Soviet Union, but rather the decline of the European or western states in the broad sense in which the United States and the Soviet Union must be included …” [Note 1].

Almost 40 years after this lecture, it is time to include China as well. The Huawei-in-Switzerland case is particularly salient because Switzerland, though not a EU member, is the leading operational centre of various European and global finance, business and political affairs Zürich and Geneva are two highly sophisticated cities for holding all kinds of events. Yet, its major telecommunication service provider has decided to adopt Huawei for its 5G services, it means a lot.

At the Barcelona Mobile World Congress March 2019, both Samsung and Huawei introduce their amazing ‘foldable’ 5G phone models. Where are the American, Japanese and other European producers? To make multi-polarity less anarchical, Bull suggested all nations to let hegemony go, let co-existence come in to form a peaceful ‘international society’.