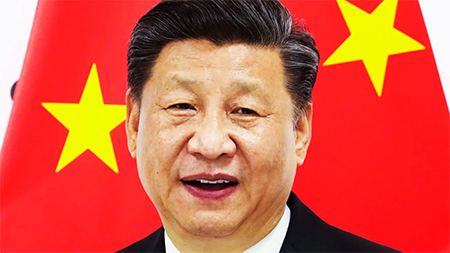 Trump hasn’t rushed to condemn China, but behind the scenes, senior administration officials and lawmakers are brainstorming ways to punish China for the clampdown in Hong Kong.

President Donald Trump hasn’t exactly gone after China’s chiefs for cracking down on protesters in Hong Kong. Trump said earlier this month that he wanted to see the situation “worked out in a very humanitarian fashion.” And over the weekend at the G7 meeting in France he praised President Xi Jinping as a “great leader.”

But behind the scenes, senior officials in the Trump administration and lawmakers on Capitol Hill are quietly brainstorming ways to officially punish China for the clampdown in Hong Kong and to deter Beijing from deploying military forces to directly and violently confront protesters in the streets, according to three government sources with knowledge of those efforts. The wide-ranging discussions—which include the possibility of imposing travel bans and asset freezes on certain Chinese leaders—come just two weeks after Beijing’s troops began to amass outside Hong Kong.

“Since Day One of this administration, China has been a national security concern. The protests in Hong Kong are just another example of why we should be focusing our attention on finding ways to push back against Beijing,” said one senior administration official. “We’ve been taking other routes to confront China, especially economically. This would be another step in the game plan. The draft legislation is in a lot of ways going to look like some of the sanctions we implemented with Russia.”

Republicans in the Senate and the House of Representatives are in the midst of drafting legislation, after consulting with senior officials in the ranks of the departments of State and Treasury, to introduce legislation that would hit Chinese entities with sanctions that support the suppression of protests in Hong Kong. The legislation would be the first of its kind to address the crackdown head-on by going after some of China’s most influential and well-connected entities.

Members of Congress have for weeks sought out ways to respond to the Beijing leadership’s role in the clampdown in Hong Kong, fielding expert opinions from experts in the international sanctions and foreign policy fields.

Senator Marco Rubio (R-FL), along with both his Republican and Democrat colleagues in the Senate, re-introduced the Hong Kong and Human Rights Act in June. The bill would make it harder for Hong Kong to keep its trade status with the U.S. if it did not maintain autonomy from China. Rep. Christopher Smith (R-NJ) introduced the bill in the House of Representatives.

But other lawmakers on the Hill are considering a more direct approach to confronting China.

Three individuals familiar with the effort said lawmakers view the legislation as a way of establishing a “red line” that would deter China from cracking down on protesters in the future by threatening increasingly steep political and financial punishments. Two sources said lawmakers are considering a system whereby Congress could review the list of Chinese companies every several years, adding some and losing others depending on the circumstance.

“The administration has been looking at options for some time now,” one senior Trump official said. “But now things are starting to move forward and the legislation on the Hill will crystalize once Congress comes back. We’ve been looking at smart ways to address the crackdown and this is definitely a start.”

Sen. Pat Toomey (R-PA) has looked over draft legislation for new Chinese sanctions and is considering sponsoring some form of it within the next few months, according to two sources familiar.

In July he delivered an 11-minute speech in which he called out the Chinese government for their involvement.

“If the Chinese officials in Beijing, the communists Chinese who rule mainland China, if they have their way, they will extinguish these rights for the people of Hong Kong,” he said.