Home › Politics & Law › Of BREXIT and all that

Of BREXIT and all that 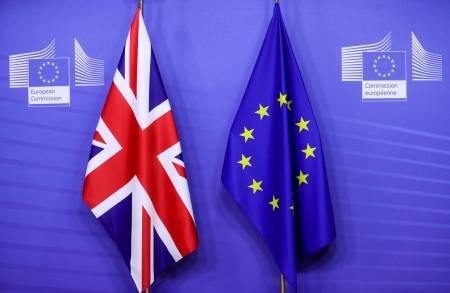 When the Brexit vote was taking place in UK in 2016, I was addressing the Jakarta Foreign Correspondents’ Club at a monthly breakfast meeting.

When the meeting started it seemed as though the remain vote was winning. However, by the time the meeting finished the reverse had happened; the Brexiteers had won.

There was a palpable shock in the room and I had difficulty in explaining it to my European colleagues. In the days I was sometimes asked, albeit with a quiet smile, ’’So you don’t want to be with us?’’.  And the Indonesians were confused. What did it mean?

In hindsight, the Brexiteers had run an aggressive campaign with a number of untruths, which had gone unchallenged, while the remainers had thought that ‘”it was in the bag’’, got lazy and did not do enough.

Boris Johnson may have done enough to tip the vote, by switching at the eleventh hour to the Brexiteers. Nigel Farage of the UKIP Party was delighted. Come what may David Cameron resigned stating that someone else had better lead the government with the mandate to take Britain out of Europe.

Theresa May took over as Prime Minister with the main task of negotiating a deal. She had been a remainer and had a Cabinet of mixed remainers and Brexiteers as well as a Conservative party with a small overall majority. She found herself thwarted at every turn and, when she had reached agreement in the form of a deal with the Commission she found that she did not have the support of the party, with the Brexiteers particularly voluble. She resigned.

Boris Johnson won the contest for the leadership and took over as Prime Minister in the latter part of last year. A general election was called in the autumn and the Conservatives won by a very large majority, thanks in part to the policies of the Labour Party with Jeremy Corbyn, who presented a hard socialist agenda. Johnson also promised ‘to get Brexit done’. He chose fresh faces for the Cabinet, all Brexiteers, and promised to get a good deal with the EU and a deal would be done, something reiterated just a few months ago.

Then there was Covid-19, which occupied many countries for much of this year and played havoc with economies, the fall-out of which we haven’t yet properly felt. Brexit is now occupying equal top spot with Covid-19 in the media and the CBI, the business watchdog, is warning of what a no-deal will do to the economy- decline! But the chances of a deal are receding. The fishing industry should be resolvable. It is an important although rather small part of the economy. Perhaps we should get the people whose livelihood it is, the fishermen, to sit together and bar the politicians!

What is a far more interesting issue is that of sovereignty. The Brexiteers’ mantra has been ‘taking back control’. While I might have sympathised with that view 100 or even 50 years ago, I no longer think that it has the same meaning in today’s interconnected world. Some Europeans may see cooperation as the way of the future, but the British being an island people and having once run an empire of significant proportions with people looking back, truly have difficulty coming to terms with their new place in the world. That is not to say that there is a lot of experience to offer but the role is very different.

And a similar view has to be taken for the USA who seem to have withdrawn in the past 4 years. They are struggling to come to terms with a population shift due to immigration which will continue in the future. The European races are a minor part of the human species; a demographer at HKU once told me that in the long-term future the Europeans worldwide would form about 10% of the human species.

Most of the world resides in Asia, nearly 70%, and the countries of Asia are growing steadily. In the past few years, there has been more regional growth as America has withdrawn from the Transpacific Trade Agreement. The countries of Asia are learning to rely on one another, with mother China as the core. As Boris Johnson has said, the UK post-Brexit with Australian help hope to make agreements with Transpacific countries? Really?

Malcolm Turnbull, who was Australian PM for 3 years till 2018 is puzzled by Johnson’s optimistic view. It takes a long time to make a trade agreement, and besides it is a long way to transport goods. Surely it is better to continue trading with someone on your doorstep whose systems you know and understand?

For Europe, as a bloc, looking ahead, there is the new version of the silk road, OBOR, and the opportunity to trade with Central Asia all the way to China on land. Look east, young man!

Dr J Scott Younger, OBE, is a professional civil engineer, and spent 42 years in the Far East undertaking assignments in 10 countries for WB, ADB, UNDP. Published many papers and columnist for Forbes Indonesia and Globe Asia. Served on British & European Chamber boards and Vice Chair of Int’l Business Chamber, for 17 years. His expertise is Infrastructure and Sustainable development and he takes an interest in international affairs.

The views expressed in this article are the author’s own and do not necessarily reflect IFIMES official position.

[1] IFIMES – International Institute for Middle East and Balkan Studies, based in Ljubljana, Slovenia, has Special Consultative status at ECOSOC/UN, New York, since 2018.