The Guangzhou Sino-Israel Bio-industry Investment Fund (GIBF), which seeks to promote and invest in Chinese and Israeli joint ventures in the biomedical field, said Monday it is raising a second fund for a total of $300 million (2 billion yuan).

The GIBF 2 fund has already closed $200 million, and plans to raise an additional $100 million in the next three months, said Yehoshua (Shuki) Gleitman, a former chief scientist of the State of Israel, who heads the fund.

The GIBF is a Chinese medical investment fund set up 2016 in partnership with the government of Guangzhou, the third most important city in China and the capital of Southern China. Guangzhou Development District is an anchor investor in the new fund along with other Chinese government entities, Gleitman said in a phone interview.

The fund is managed and controlled by its Israeli partners, including Gleitman; Prof. Shlomo Noy, a former acting CEO of Sheba Medical Center in Israel’s Ramat Gan and the manager of the hospital’s R&D activities and its tech transfer company; and Avner Lushi, a medical venture capitalist. Carl Geng, formerly a senior official in the Chinese central government in the field of national R&D programs and international collaborations, is also a managing partner at the fund. 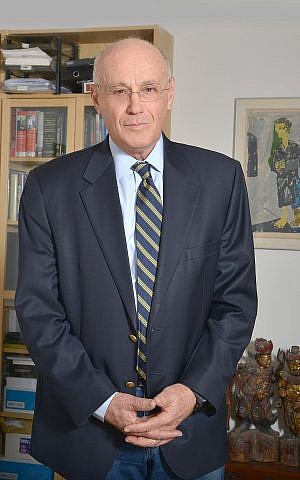 GIBF is also the only Chinese fund under foreign management licensed to make private equity investments in China by the Chinese Securities and Exchange Commission (AMAC Division), GIBF said in a statement on Monday.

GIBF helps set up Chinese joint ventures in partnership with foreign companies, mainly Israeli. Unlike in China, where local investors generally seek control of such ventures and rights to the Chinese market, the Chinese subsidiaries set up in cooperation with GIBF are controlled by the foreign companies that hold on to the intellectual property rights of the joint venture. The Chinese partners get access to any product developed from the venture for the local market.

GIBF typically invests some $3 million-$8 million in the joint venture, holding minority equity positions and assisting the ventures in their operations.

GIBF’s second fund will operate in a similar model to the first fund but will increase its funding to about $15 million-$20 million per venture, and focus on Israeli and European biotechnology companies, which are developing innovative drugs and are in phase 2-3 of clinical trials.

Setting up a joint venture in China will enable these companies to perform their clinical trials at Chinese clinics, funded by GIBF 2, as part of their multi-center studies and recruit Chinese patients, explained Gleitman. The data will then be added to data from the firm’s other trials and unified for approval by regulators both in the US and China, he said.

Ownership of the intellectual property will stay in foreign, non-Chinese hands, Gleitman underlined, and the foreign owners will have control of the joint venture set up in China.

The first fund, GIBF 1, which raised $100 million (600 million yuan) in 2016, has so far made eight investments in Israeli companies in the field of medical devices and digital health: InMode, Carbofix, Visionix, Alpha Omega, CorNeat, Vitalarter, Neurotech and G-Medical, all of which have set up Chinese entities.

“The process has been slow,” said Gleitman, and there is a learning curve involved as the joint ventures set up in China are completely new entities that require a detailed due diligence process. The spread of the coronavirus pandemic didn’t help: entrepreneurs have been unable to travel to China and closing deals via  Zoom has proved challenging.

GIBF has been able to continue its activities despite the challenges of the investment environment and the pandemic because of the local team it has in China, government support, and close contacts with hospitals and the China Food and Drug Administration (CFDA), which has enabled it to complete investment transactions and establish new companies in China even though Israeli executives’ ability to travel to China is still very limited.

The field of life sciences in which the two funds operate is also less politically sensitive than others, said Gleitman, and is thus “free of pressures.”

In 2019, GIBF 1 saw its first significant exit, as medical devices firm InMode raised $70 million on the Nasdaq. There are two more firms in advanced stages for exits, GIBF said in the statement.

In addition, in the coming weeks, GIBF 1 will announce the closing of four additional investments that are currently in the final approval processes.

The group headed by Gleitman also operates a life sciences technological incubator in Guangzhou, which operates in accordance with the renowned Israeli incubation model. So far, about 15 companies have been established at his incubator, some of them based on foreign technologies, including Israeli, German and British, and some on Chinese entrepreneurship.