Home › Politics & Law › In Beijing’s BRICS summit, Putin is back on the world stage

In Beijing’s BRICS summit, Putin is back on the world stage

When Russian President Vladimir Putin dials into the virtual BRICS summit hosted by Beijing on Thursday, it will be his first time attending a forum with the heads of major economies since launching an invasion of Ukraine earlier this year.

For Putin, this could offer a welcome picture: his face beamed onscreen alongside other leaders whose countries make up this acronymous grouping: China’s Xi Jinping, India’s Narendra Modi, Brazil’s Jair Bolsonaro, and South Africa’s Cyril Ramaphosa — a signal that Russia, though battered by sanctions and remonstrations for the invasion, is not alone.

It’s a message that may resonate even more clearly as China and Russia, weeks before the invasion, declared their own relationship to have “no limits,” and as each of the BRICS leaders have avoided condemning Russia outright, even as they hold varying levels of interest in not being seen to endorse its actions — and run foul of Western friends.

Below the surface, Putin’s invasion is likely to throw another complication into BRICS, a more than a decade-old grouping of major emerging economies, which already suffers from mistrust between members and mismatched ideologies.

But the decision by the group to press ahead with its 14th annual summit does reflect a view held by BRICS countries on the global order and, by extension, the situation in Ukraine, that departs from that of the West, experts say.

“We’re talking about some very major economies whose leadership is willing to be seen with Putin, even if it is only on a virtual platform,” said Sushant Singh, a senior fellow at the Center for Policy Research (CPR) in New Delhi.

“The fact that Putin is welcome, he’s not a pariah, he’s not being pushed out — and this is a normal engagement, which has taken place every year and it’s still taking place — that is a big plus for Putin,” he said.

While the countries may argue that engaging Russia is better than not, the optics only become sharper in contrast. The BRICS summit is followed days later by the meeting of a bloc of the world’s leading advanced economies, the Group of Seven, which have been united in their voice against Russian aggression, and kicked Moscow out of their bloc following its annexation of Crimea in 2014.

Unlike the G7, BRICS is expected to tread carefully when it comes to Ukraine at Thursday’s summit, likely speaking in favor of peaceful resolution, even as its members may carefully call for Western countries to examine the impact of their sanctions on the global economy, observers say.

Beijing — this year’s host and by far the most economically powerful of the five nations, which together make up around a quarter of worldwide GDP — appears set to focus on its own agenda: promoting its new global development and security initiatives and pushing back on what it sees as “bloc”-building by the United States.

BRICS countries should “strengthen political mutual trust and security cooperation,” coordinate on major international and regional issues, accommodate each other’s core interests, and “oppose hegemonism and power politics,” Xi said in a speech to BRICS foreign ministers last month, where he called on the group to ​​promote development in this “period of turbulence and transformation.”

Some of the crises of this period, like food insecurity and a rising debt crisis in the developing world, are those that the group — established in 2009 as a means to “serve common interests of emerging market economies and developing countries” — was ostensibly formed to address.

Since its inception, BRICS, which added South Africa in 2011, has been united in calling for more representation of major emerging economies on the world’s stage — and against what it views as a disproportionate dominance of the Western powers. That has meant pushing for reforms at the International Monetary Fund and the World Bank, and, on occasion, making a veiled jab at NATO actions.

It’s also seen the countries discussing issues like how to settle trade in their own currencies — outside the US dollar system — an issue that could now take more relevance for BRICS following Western sanctions on Russia, according to Shahar Hameiri, a professor and political economist at the University of Queensland in Australia.

Those penalties have cut off Russia’s central bank from most US dollar transactions, sanctioned banks and removed major institutions from international banking systems. That’s left countries that continue to do business with Russia scrambling for ways to avoid violating sanctions. Both India and China remain heavy buyers of Russian fuel.

“There’s not going to be any full-throated embrace of Russia (at this summit), there’s no doubt about it, and I’m sure there’s gonna be plenty of awkwardness there … but behind the awkwardness (de-dollarization) is one area where these governments do have a shared interest,” Hameiri said.

“Any kind of meaningful steps away from (a US dollar-denominated system) are potentially significant.”

Despite some common interests, the BRICS group has long been plagued by questions of cohesion, given outsized differences in its members’ political and economic systems, and their divergent geopolitical interests.

In addition, the complexities of Russia’s invasion of Ukraine may tone down any major outcomes of this week’s summit, even as — with the exception of Brazil — the BRICS nations other than Russia abstained from voting in a United Nations General Assembly resolution supported by 141 countries that called on Moscow to withdraw from Ukraine.

China, for its part, has accused NATO of provoking Russia to attack Ukraine, while similar rhetoric has circulated in public debate in India. In South Africa, Ramaphosa earlier this year told lawmakers the war could have been avoided if NATO had “heeded warnings” over considering Ukraine’s membership of its bloc.

And although Brazil voted to condemn Russia’s aggression against Ukraine at the UN, its leader Bolsonaro has hedged — saying days earlier the country would remain “neutral.”

Under normal circumstances, China would take the usual steps — touting BRICS as “a kind of soft alternative to the G7” and seeking to “portray BRICS as a leader for the developing world … against the club of wealthy capitalist democracies,” according to Sino-Russia relations analyst Alexander Gabuev. This would include members endorsing each others’ key projects, he added.

“Now it’s just harder to do because of Putin in the room,” said Gabuev, a senior fellow at the Carnegie Endowment for International Peace. 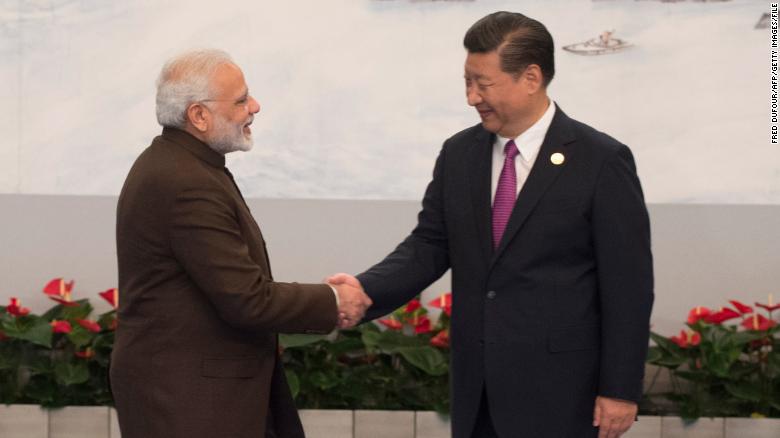 Meanwhile, a longstanding source of internal friction within BRICS remains unresolved: tensions between India and China, which in 2020 spiraled into a violent border clash.

On the one hand, BRICS has been a “way of ensuring some form of engagement with China” for India, according to CPR’s Singh. And this remains critical, as New Delhi is wary of provoking Beijing, especially as it has partnered with the United States, Japan and Australia on their Quad security grouping and is increasingly viewed by the US as part of its strategy to counter China, he said.

But these ties also make India more reticent to back major outcomes from a BRICS summit.

“I would be surprised if any substantive initiative is announced, because India would then be sending a message to the Quad and to its Western partners that it is willing to work very closely with China and Russia,” he said. “That would make India’s position very complicated.”

Another question is how other nations in the bloc will view a drive, long under discussion and expected to be spearheaded by China at Thursday’s summit, to expand the bloc to include more developing countries.

In a meeting with his BRICS counterparts last month, China’s foreign minister Wang Yi called for the group to start a member country “expansion process.”

Such an enlargement could play into perceptions from some parts that the West has shown a double standard in how it upholds international norms, according to Carnegie Endowments’s Gabuev, who says this has fueled an argument that the developing world, instead, should formulate those norms.

“Bringing more countries on board is something that gives it more legitimacy, but again, whether that will go beyond symbolism for now, I’m not so sure,” he said.