Website: www.craighill.net is my home site, where I run by education consultancy business, offering Australian diplomas to international students. It also has a range of my stories published in various magazines and newspapers over the years.

Profile: China Daily Mail is a Brisbane based publication founded by Craig Hill in 2012. Craig has previously written in China for the popular expat website eChinacities and was editor of China Trade Mag.

Craig has also written for a number of publications in Australia, including Big Issue Magazine, The Koori Mail, The National Indigenous Times and the Goulburn Post.

Craig was born in Goulburn, Australia, and attended North Goulburn and Bradfordville Public Schools. Later, his family moved to Sydney, where he attended Heathcote High School.

Over the next 30 years, he attended several universities, and completed a Degree in Training and Development, Associate Degree in Adult Education (HRD), Graduate Certificate in Education (TESOL), and Trade Certificates in Journalism, Accounting and Training & Assessment (TAE40110).

He became a volunteer with the Bush Fire Brigade, State Emergency Services (SES) and St John Ambulance. Later, he was employed by the SES to train Controllers and Training Officers from various towns in southern NSW.

Craig first worked in the National Bank of Australasia Limited (now National Australia Bank), before embarking on a three year journey around Australia. It was during this time that his love of travel and writing took hold, which is still evidenced in his work today.

Returning to Goulburn, he accepted an offer to work as a prison guard at Australia’s toughest maximum security jail, in that city. It was during this time that he became aware of the injustices inflicted on Australia’s Indigenous population, which influenced much of his later work.

Suffering persecution from some authorities in his home town, Craig moved to the Aboriginal Community of Woorabinda, in Central Queensland, where he worked as Deputy Headmaster and TAFE Program Coordinator at Wadja Wadja Aboriginal High School. During this time, he was approached by the Aboriginal and Torres Strait Islander Corporation (ATSIC). He helped ATSIC expose corruption within management at the school, before moving to Rockhampton to work with Aboriginal street kids.

Whilst in Rockhampton, Craig was approached by ATSIC again to investigate possible frauds in the NSW town of Tingha. He was appointed Manager of the Mrangalli Aboriginal Corporation. His investigations helped Government agencies force the bankruptcy and closure of the organisation.

In 2003, Craig made the first of his many trips to China, to lecture on Aboriginal Education at 30 universities in nine cities. Developing a fondness for the country, he took a permanent post teaching in Jiangdu, Jiangsu Province, a small city that had a friendship agreement with his home town of Goulburn.

In 2005, inspired by his work with the homeless in Rockhampton, Craig joined the staff of Big Issue Australia Magazine, as a journalist and social worker. He was also invited by Australian Democrats Deputy Leader, Senator Andrew Bartlett, to work on a casual basis as a writer and researcher, particularly into homelessness issues.

In 2006, he was recognised for his success in providing housing for the homeless by being invited to participate in the Vodafone World of Difference Program, a national social responsibility program. He was one of four people invited, from almost 500 nominations around Australia. However, due to a work related injury, he was unable to complete the work for the program. 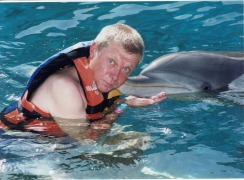 Craig travelled to Honolulu, USA for six months in 2007, and assisted with research and advice about the homelessness and racial problems in Honolulu.

In 2009, Craig returned to China, where he still resides part time today. In this time, he has written professionally for eChinacities online magazine, and China Trade Mag. He also works as a Corporate Trainer and Program Designer for Fortune 500 companies and Private Educational organisations.

In 2011, Craig wrote and directed the play “Alice In Wonderland: The Rehearsal” which was later selected as a finalist in the NAFLE National Drama Festival acting competition in China.

In 2012, Craig returned to Australia to study his Masters degree in Education (TESOL), with the intent of taking up a management role at an Australian TESOL school. He was a volunteer in the reelection campaign of former Prime Minister Kevin Rudd, who is also a staunch China advocate.